Then SEAT Mii electric is fun to drive, if not as much as its conventionally powered predecessor. It still darts in and out of traffic and away from the lights with a reassuring eagerness. It starts to feel a bit out of its depth when accelerating up to motorway speeds, but it’ll get there eventually. If you use motorways daily, it might not be the car for you.

The Mii is still capable of a gentle cruise and the electric powertrain means it’s now more refined. You’ll notice other sounds from around the car instead, such as the wind noise around the door mirrors and the suspension noise over bumps.

All versions of the SEAT Mii electric are powered by the same 36.8kWh battery, which drives a 61kW (82bhp) electric motor that has 212Nm of torque. 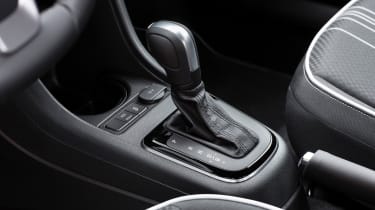 While its 0-62mph time of 12.3 seconds may not sound as impressive as that of many electric cars you will have read recently, none of the faster ones cost under £20,000. The Mii is an electric car suited for city and town driving, which is where it makes the most sense. The 0-31mph time of 3.9 seconds means that you’ll still be pulling away from the lights and getting up to town speeds quickly.

On the road the Mii electric feels different to its predecessor, and not just through the lack of engine noise. SEAT has stiffened the suspension to compensate for the weight of the batteries but the grown-up road manners haven’t changed too much; the Mii remains composed over potholes, speed bumps and doesn’t have that much body roll in the corners either.