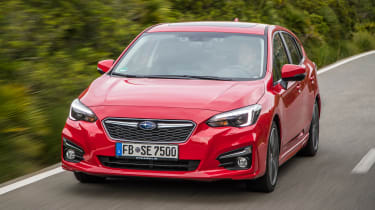 With only two petrol engine choices, mandatory four-wheel drive and a CVT automatic gearbox, the Impreza doesn't present a recipe for good fuel economy. Expect maintenance costs to be higher than more conventional family cars, too, while insurance is unlikely to be especially cheap.

The most economical engine offered by the Impreza is a 112bhp 1.6-litre, for which 44.1mpg fuel economy is claimed. That's some way off the pace compared to mainstream rivals, as is a CO2 emissions figure of 145g/km, which places the Impreza in the costly 28% bracket for Benefit-in-Kind (BiK) company-car tax.

Standard four-wheel drive and a CVT automatic gearbox contribute to the Impreza's thirst, which increases to 42.8mpg for the 154bhp 2.0-litre version. This emits slightly more CO2, too: 152g/km means a 29% BiK rating. 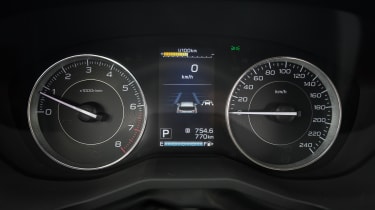 Those specifically looking for four-wheel drive will find plenty of diesel-powered SUVs that are cheaper to run, while front-wheel-drive alternatives will leave enthusiastic drivers with far more money in their pockets, too.

Annual road tax will be £140 with either engine.

The previous Impreza sat in insurance group 13, and it seems unlikely that this more powerful successor will be granted a lower rating. It's likely to rank closer to the group 19 occupied by pricier Ford Focus and Volkswagen Golf models.

One issue that Subaru owners face when it comes to maintenance is the comparative scarcity of dealerships – you may need to travel some distance for servicing and repairs. Once there, service costs tend to be a little higher than charges from mainstream brands, and Subaru doesn't yet offer pre-paid service packages. Service intervals are 12 months or 12,000 miles, whichever elapses first.

Firmly running in the Impreza's favour is Subaru's five-year/100,000-mile warranty. Only Hyundai's five-year/unlimited-mileage policy and Kia's seven-year deal beat it for duration.