It’s too new a car to fully assess, but the Vauxhall Crossland X’s shared heritage should work in its favour and there’s a generous amount of safety kit

The Vauxhall Crossland X is essentially a sister car to the previous Peugeot 2008, and both models can boast a five-star Euro NCAP crash safety rating. 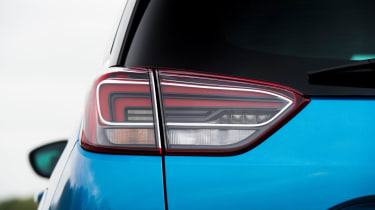 The Crossland X didn’t feature in our 2020 Driver Power owner satisfaction survey but the Astra was Vauxhall’s best-ranked model in 59th place out of 75 cars. The Crossland X is likely to be reliable, though, with its mechanically similar sister car, the previous-generation Peugeot 2008 finishing 35th out of 75 cars with only 7.5% of owners reporting a fault in the first year.

Vauxhall bosses are likely to be less thrilled with the brand’s 29th-place finish in our list of 30 manufacturers. Fewer than average owners reported faults but customers said the brand was poor in this area, suggesting that either the faults that did occur were fairly major or that they weren’t fixed quickly.

In better news, the Crossland X was awarded the top five-star rating when it was crash-tested by independent body Euro NCAP in 2017, providing a good deal of reassurance for Crossland X customers. In the interests of clarity, though, we should point out Euro NCAP toughens up its tests every year, so the latest five-star cars may offer more protection than a model assessed a few years ago.

Vauxhall fits all cars with mandatory systems such as anti-lock brakes and electronic stability control, but impressively it also provides a front camera system. This includes effective traffic-sign recognition, which scans for speed-limit signs and displays them on the dashboard as soon as you pass them. The front camera system also includes lane-departure warning, which beeps if you cross lane markings without indicating. Cruise control is standard and this works in conjunction with the speed limiter, helping to keep you on the right side of the law.

It’s a little disappointing that auto emergency braking (AEB) is only offered as part of a safety pack, which can be specified for £500 on Business Edition and Elite trim levels.