VW has a reputation for good build quality and the GTE uses components that have already been fitted to other models produced by Volkswagen Group brands.

Hybrid technology is relatively new compared to a conventional combustion engine, but the electric motors have fewer moving parts and are therefore less prone to breakdowns. Theoretically, the Golf GTE should be more reliable than other Golfs if driven mainly around town and over short distances, as it’ll use its engine less. Whether that will be borne out in the real world remains to be seen.

The standard Volkswagen Golf was rated highly for reliability in our 2017 Driver Power owner satisfaction survey of cars currently on sale in the UK. Of the owners who responded, 15.6% reported experiencing a problem with their car at least once. 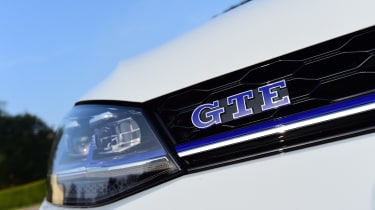 The Volkswagen Golf was crash-tested by Euro NCAP in 2012 and achieved the full five-star rating, scoring 94% for adult occupant protection. It was also awarded an 89% score of child protection and 65% for pedestrian safety. A score of 71% was pretty good for the time, too.

However, while the Golf is still undoubtedly a safe car, it’s hard to know how it would score if it were tested today, as Euro NCAP makes the testing tougher every year.