One fly in the ointment is the VW Golf R’s 60,000-mile warranty, which looks stingy next to BMW’s unlimited cover

Euro NCAP gave the standard Volkswagen Golf the maximum five-star rating for crash protection, so it’s reasonable to assume the Golf R, with its higher safety specification and four-wheel-drive system for added grip, is a very safe car.

Generally speaking, owners seem happy with their Golfs. The standard Volkswagen Golf was rated as average for reliability in our 2019 Driver Power owner satisfaction survey of cars currently on sale in the UK. Of the owners who responded, 26.2% reported experiencing a problem with their car at least once in the first 12 months.

The Golf R’s complex four-wheel-drive transmission is an evolution of a thoroughly tried and tested system, so we wouldn’t expect it to give trouble. One major fly in the ointment is the car’s 60,000-mile warranty, which looks stingy next to BMW’s unlimited-mileage cover. Volkswagen offered extended warranties at extra cost, but increasing its standard cover to three years or unlimited miles would probably have been more reassuring to buyers. 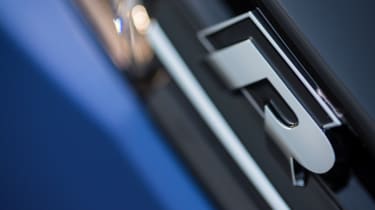 Look deeper into the standard Golf’s five-star Euro NCAP safety rating and you’ll see it scored an impressive 94% and 89% in the adult and child occupant tests, respectively. Curtain and driver’s knee airbags, electronic stability control and ISOFIX child-seat mounts all comes as standard on the Golf R.

Autonomous emergency braking is on hand – it can safely brake the car to a standstill if it detects a hazard ahead. Meanwhile, the R’s standard four-wheel-drive system, gives the car excellent grip in all conditions and really boosts your confidence behind the wheel.