The Toyota Prius+ was the world’s first hybrid seven-seater and is an MPV based on the previous Prius hatchback. Just like the standard Prius, it pairs a petrol engine to an electric motor for improved economy.

Despite the weight of the additional bodywork and extra seats, Toyota claims up to 48.7mpg is possible. That’s some way off the 67.2mpg promised by the very latest Prius, but it’s still reasonable for a car of its size. 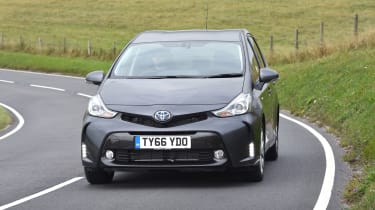 While fuel economy and seating for seven may impress, don’t expect fireworks from behind the wheel. The Prius+ prefers to be driven slowly and smoothly – floor the throttle and the whine from the CVT automatic gearbox becomes quite loud, although there have been improvements to make the gearbox less noisy.

At low speeds, the Prius+ is nearly silent, where it can travel up to around 1.3 miles on its electric motor alone at speeds below 31mph. Above those speeds, it’s generally quiet as long as you drive gently. The car’s slippery shape helps keep wind noise low.

It’s a spacious car, too, with seven thin-backed seats arranged over three rows, and the airy feeling is emphasised by a large panoramic roof fitted to all models. 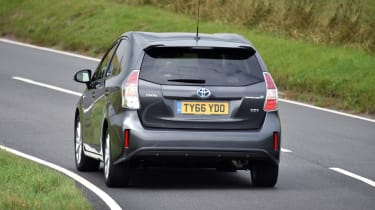 Just two Prius+ trims are available: Icon and Excel, both all are well equipped. So well, in fact that unless you want sat nav, leather upholstery or self-parking, you’ll be perfectly happy with the entry-level Icon, which is also cheaper to run thanks to its smaller wheels.

From early 2018, the Prius+ also comes with Toyota Safety Sense fitted as standard. This is a suite of active safety kit and driving aids that helps reduce the chance of a collision.

Like most seven-seaters, the Prius+ has plenty of boot space when the third row of seats is folded, but with them in place, it’s on par with a supermini.

Things are much better when it comes to reliability: Toyota finished well above average in our Driver Power owner satisfaction survey and a five-year/100,000-mile warranty provides reassurance. 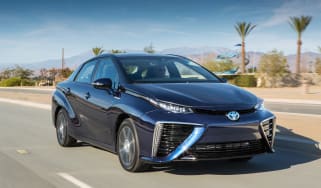 Transport for London is one of first customers for £66,000 hydrogen car
Updated Toyota Prius+ MPV revealed 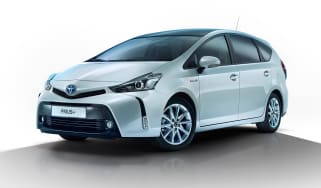 Hybrid MPV has been updated for 2015, including tweaked styling and more standard kit
Skip to ContentSkip to Footer