A full complement of airbags and high build quality make the Volkswagen Amarok a dependable and safe choice for long-term ownership. Its components have been developed and tested to a very high standard compared to some other commercial vehicles.

The Volkswagen Amarok didn’t feature in our 2020 Driver Power customer satisfaction survey, with Volkswagen falling two places from last year to finish 19th out of 30 manufacturers. Nonetheless, the Amarok feels solid inside and out, and has been built to withstand a hard working life, so it should brush off most of what you can throw at it.

Volkswagen’s warranty, which covers the Amarok for up to 100,000 miles or three years, also adds some peace of mind. Included in that package is VW’s breakdown cover, which is available throughout the UK and most of Europe. This will cover you for non-fault issues too, so if you get a flat tyre or battery, or you’ve put petrol instead of diesel in your Amarok by mistake, then VW will come to the rescue. 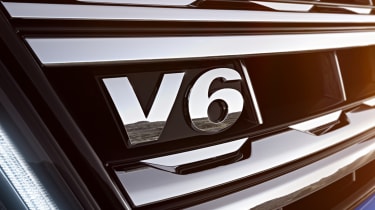 The VW Amarok received a four-star rating from Euro NCAP, which isn’t up to the standards of most modern SUVs, but is still pretty decent for a commercial vehicle. It comes as standard with features such as driver, passenger and side airbags, as well as ISOFIX child-seat mounts.

All Amaroks have standard electronic stability control to help the car stay planted on the road in slippery condition, plus there’s Hill Hold Assist to make setting off on an incline easier, as well as Hill Descent control to ease the vehicle down steep hills should you decide to do some off-roading.