If running costs are a top priority for your next car purchase, finding the right vehicle that fits your needs can become a never-ending comparison of efficiency and fuel costs. We have taken the headache out of searching for economy and low costs by assembling 10 of the best cheap-to-run cars.

Below you will find vehicles to fit a variety of budgets and needs from small cars for short city journeys to larger vehicles that can keep the cost of family motoring down. We haven’t just looked at mpg (miles per gallon) or list price for our rundown; these cars shouldn’t cost too much to run in any area.. 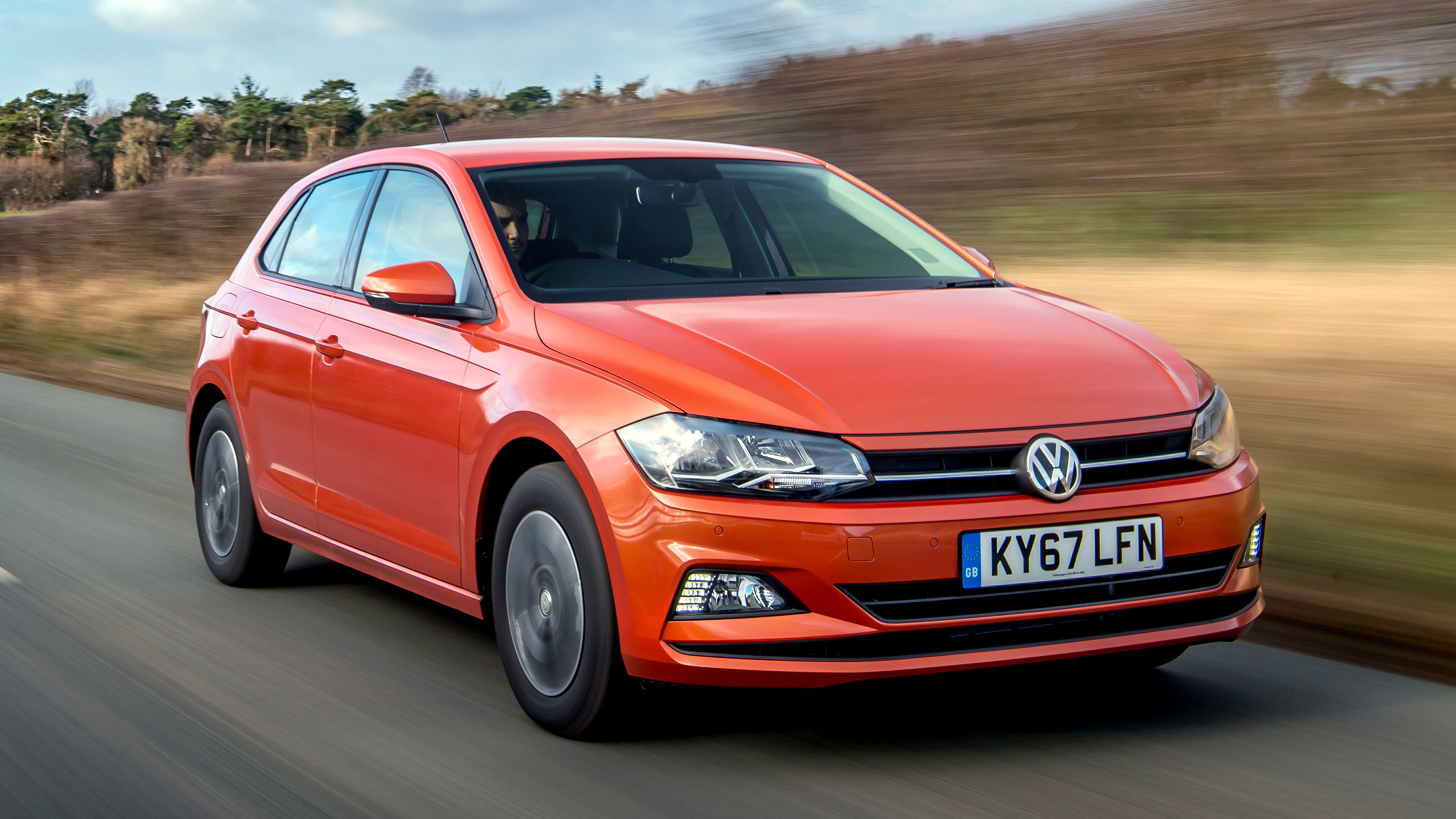 We’ve gathered a selection of efficient vehicles with low running costs from an array of different vehicle classes, so there should be something for everyone. However, if you need a larger vehicle to fit the family in then check out our run-down of the most economical family cars.

Electric cars are well and truly mainstream now and, aside from emissions and quietness, a big reason behind this is running costs. The Nissan Leaf was one of the first fully electric vehicles to be mass-produced and has since enjoyed sales success as more people transition to EVs. Like every electric car, the Leaf costs nothing in road tax (and very little in company-car tax), while servicing should be cheaper too. If you can charge at home then further savings can be achieved for every mile you drive when compared with petrol; a full charge on a home tariff will cost a fraction of what you’d pay for a tank of fuel.

Nissan claims a range as high as 239 miles for its e+ model or 168 miles for the standard version. The Leaf happens to be one of the cheapest electric cars on sale, too.

The latest Dacia Sandero is still nearly unbeatable when it comes to value and low running costs despite the lack of a hybrid option. All the petrol engines are 1.0-litre units; our pick is the TCe 90 which returns more than 53mpg with a good level of performance. There’s no diesel engine available, but the 1.0-litre petrol/LPG powered TCe 100 Bi-Fuel is an option for higher-mileage drivers. It’s the most expensive model to buy but when running on petrol, the engine is capable of around 49mpg, while switching to cheaper LPG works out similarly economical, with up to 39mpg possible. Insurance and maintenance won't cost the earth either.

The Sandero’s budget reputation is evident on the interior when compared to more expensive rivals, but comfort and equipment levels are better than in the previous-generation Dacia Sandero. Given its price, the Dacia Sandero is a practical five-door with a decent boot and lots of equipment making it great value for money.

There’s a lot to like about the new Skoda Octavia: it has a massive boot and features a host of new technology and plenty of standard equipment. While it's a little more expensive than the old model, it's still great value for money. Its overall size places it closer to models in the class above like the Ford Mondeo, rather than direct rivals like the Focus.

Despite its size, the Octavia is cheap to run with an excellent range of standard engines to pick from. The most frugal is the entry-level diesel engine; a 2.0-litre with 114bhp. It’ll return over 65mpg, while the more powerful 148bhp version of the same engine is capable of returning 50-60mpg. Even the two petrol engines, a 109bhp 1.0-litre and a 148bhp 1.5-litre, can manage over 50mpg, with DSG equipped models getting mild-hybrid assistance.

The flagship Octavia iV is the most economical model managing 182-283mpg with CO2 emissions of 22-33g/km. It combines a 1.4-litre petrol engine and an electric motor producing 201bhp but this technology comes at a price, with even the entry-level Octavia PHEV costing over a third more than a conventional petrol-powered model.

Offered as a hybrid, plug-in hybrid, and fully electric crossover, the Niro is certainly a cheap car to run. While the purchase price increases, the fuel bills keep dropping the higher up the Niro range you go. In standard hybrid form you can expect 60mpg, and the plug-in hybrid manages 40 miles on electric power alone. All models come with a seven-year/100,000 mile warranty, which helps keep any unforeseen costs at bay. However, the fully-electric model is currently assigned the same servicing regime as the hybrid and plug-in hybrid of 10,000 miles/1 year, which adds costs that some may have hoped to save by going for the EV.

Overall, the Niro offers a spacious and well-equipped option for buyers looking for a hybrid or EV, although the plug-in hybrid loses some boot space, so check to make sure you get the one that best suits your needs.

Toyota has long been at the forefront of hybrid technology from the initial success of the Toyota Prius to today. The Japanese carmaker now offers many hybrid vehicles, including the Yaris Cross - a small SUV based on the ever-popular Toyota Yaris. A ‘self-charging’ hybrid produces electricity by utilising energy that would otherwise be wasted, for example in braking. The electricity helps the petrol engine and boosts efficiency, with the end result being that the Toyota Yaris Cross is said to manage up to 64mpg.

On the outside, the Yaris Cross has chunkier styling and a rugged look with thick wheel arch surrounds in black plastic. Inside the Yaris Cross has added space and is easier to get in and out of compared to the regular Toyota Yaris hatchback thanks to its raised ride height.

The latest Vauxhall Mokka is a significant improvement over the model that came before it. While the newest iteration doesn’t come available as a hybrid, its variety of 1.2 turbocharged petrol engines are pretty efficient, standing up well against rivals such as the Honda Jazz Crosstar and Renault Captur, which are available with an electric and petrol motor working in unison. The Mokka’s 1.2 engine will return around 51mpg regardless of the power output you go for, and it sits in the middle of the BiK banding table for company cars.

The good news for diesel fans is that the Mokka is still available with a diesel option where other rivals have discontinued theirs. The 1.5-litre diesel engines will be better suited to those who frequently do lots of mileage on the motorway, although it’s around £2,000 more expensive for this option, although it sits in the lowest BiK band for company cars. The Mokka is even available as a full electric car known as the Mokka-e. The electric version will be the cheapest to run but more suitable for those doing shorter trips around town. It has a range of up to 209 miles, and while charging will take you around 7.5 hours with a home wall box, you can charge from 0-80% on a public rapid charger in around 30 minutes.

The Ford Kuga is now in its third generation, and the latest one is the best yet. It regains the handling verve that was lost in the old model, and boasts a spacious interior that’ll be instantly familiar if you’re upgrading from a Fiesta or Focus. Well-equipped and easy to use, the Kuga’s interior is one reason why the car is so popular.

Another reason is that the Kuga can also be cheap to run. Its petrol and diesel engines are more efficient than before, and Ford has also introduced both hybrid and plug-in hybrid engines to the line-up. A super-low CO2 figure and a 39-mile electric range both impress (even if 30 miles between charges is more likely in the real world), helping to keep costs down.

The Honda Jazz is a small car that feels like a luxury one on the road, with a smooth ride adding a layer of comfort that can sometimes be missing from smaller vehicles. Even though the Jazz is a budget car it certainly isn’t missing some cutting edge technology to help increase mileage and save fuel. Over 60mpg is possible in gentle driving. Added to this is the discounted tax rate and a low insurance bracket, making this a cheap car all around. Servicing can also be arranged on a fixed-price deal with the dealer and broken up into monthly payments.

Inside the Jazz offers a functional space with lots of materials that feel as though they will last a lifetime. Oddly the infotainment screen is closer to the passenger than the driver in the dashboard, but it is easy to interact with and a vast improvement on its predecessor.

Crossovers and SUVs may be all the rage, but in the past the go-to practical choice was often the estate car. The 3 Series Touring comes in the traditional petrol and diesel options, but a plug-in hybrid is also available to maximise efficiency. The most efficient diesel 318d and 320d engines will get you up to 59mpg, and the petrol options in the 318i and 320i will get you around 42mpg.

Your best cheaper-to-run option, though, is the 330e plug-in hybrid, which allows you to do a range of around 35 miles on electric alone, with a petrol fuel economy figure between 150 and 200mpg. With the lowest BiK rate of the range, the 330e is the better choice as a company car. Its fuel economy combined with its estate-practicality means it’s an obvious choice for those looking for something more spacious. Buyers looking for a manual option might be disappointed, though, as the 3 Series Touring is only available as an auto.

The Hyundai Kona is available in several different trims and also different drivetrains. The all-electric version offers low-cost running and up to 300 miles on charge for the larger battery variant. It’s also a quick car that proves you can have power on a budget. As this version of the Kona is electric it gets zero charges for road tax (VED) and can currently enter low emissions zones for free, further reducing your yearly running costs if you frequently make a trip to a city with charges in place.

Hyundai offers an eight-year/125,000 mile warranty on its high voltage battery as well as a five-year unlimited-mileage warranty on the rest of the vehicle, reducing the chance of any unexpected costs. The Kona is loved by owners, topping our 2021 Driver Power owner satisfaction survey, and coming fourth overall in 2022

Besides optimising your fuel economy, there are other ways to save money on motoring. Check out our favourite cars that are exempt from the London Congestion Charge and we’ve also ranked the best hybrid and electric cars.