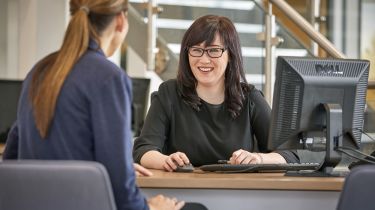 Car finance is far more popular than purchasing with cash, with 91% of British motorists signing up to finance agreements, because they prefer affordable monthly payments. However, there are myriad methods of payment and we've produced a comprehensive guide to the most popular types.

Of these, PCP and HP are among the most well known. But what's the difference between the two? In fact, there are several major distinctions between a personal contract plan (PCP) and a hire purchase (HP) agreement, so it's worth knowing a bit of extra detail about exactly what each option entails.

What is GAP insurance and why you need it

This feature highlights exactly what the differences are between them and why you might choose to use one or the other, depending on your circumstances.

How do PCP and HP work?

Whenever you buy a car using dealer-provided finance, you're essentially borrowing money from the dealer's finance lender. You'll typically pay a proportion of the cost at the beginning of the finance agreement, in the form of a deposit.

Under a HP agreement, the buyer will borrow the balance remaining after this deposit is made. The balance then be paid off over an agreed duration, typically 12, 24, 36 or 48 months.

The amount you place as a deposit and the duration of the finance scheme will determine the size of your monthly payment, with the addition of any interest charged. This will be presented as an annual percentage rate (APR) figure, although interest is sometimes suspended for some or all of the agreement as a purchase incentive.

At the end of the HP scheme, you'll have paid the full price of the car, any interest due plus any additional purchase fees agreed to. The car now belongs to you. Check out our guide to hire purchase for a full worked example.

PCP finance is a little different, because the amount borrowed is a lot less as a proportion of the cost of the car. As with a HP scheme, your initial deposit influences the balance that remains to be paid – the difference is that this is offset by how much the car will be worth at the end of the agreement. Crucially, it means that a monthly PCP payment on a new car will be far lower than a typical HP payment on the same car.

Every PCP is built around a figure often called the guaranteed minimum future value (GMFV). This can vary enormously from one car to another and you can sometimes find big differences between even trim levels and engine choices of a single model range. On a PCP you're effectively borrowing the difference between that figure and the price of the car – less the deposit you've placed. Like a HP, the amount borrowed will be divided across a given payment schedule, typically between 24 and 48 months.

Unlike HP, though, at the end of the PCP you won't have paid the entire cost of the car. The GMFV will still be outstanding. If you want to own the car outright, you'll need to pay an optional final payment, as it's typically known. Visit our personal contract plan guide for a full worked example.

Sometimes a small deposit is requested in order secure a car in dealer stock. This is often taken before your financing options have been discussed. Depending on the dealer, this might be refundable or it could contribute towards your later finance deposit.

When should I choose PCP or HP?

The most important question is whether you want to own the car you're buying outright at the end of the finance agreement. While a HP scheme covers the entire purchase price of the car, PCP does not unless you make the optional 'final payment', which covers the remaining value of the car after your payment term has elapsed.

If you plan to regularly change your car, a PCP could suit you very well. A three-year (36-month) term is a popular length of PCP and is a common interval for motorists to consider a change of car.

There's also a high degree of flexibility – at the end of your payment schedule you have three options. If you decide to own the car outright, you can pay the 'optional final instalment' and after any additional fees, the car will be yours. Alternatively – and assuming the car hasn't picked up damage or excess mileage that would cause it to be worth less than the GMFV – you can hand the car back and walk away. The final option is to simply start again with another new car – thousands of motorists every year choose to do this and PCP is favoured by the majority of retail car buyers.

HP is more commonly used when buying a used car, particularly one that's several years old and has lost a large proportion of its original value.

When will PCP be offered?

PCP is offered whenever a dealer can provide a guaranteed minimum future value (GMFV) for a car being sold. This is most frequently the case with brand-new or nearly new cars, because it's relatively easy for the lender providing the credit to predict future values.

Predicting the future values of used cars is rather more difficult, although PCP finance is becoming increasingly more widely available on 'nearly new' cars and prestigious models where depreciation can reach a plateau after a number of years.

PCP is also often offered at very attractive borrowing rates to encourage new car sales. In many cases, subsidies will be offered by the manufacturer, as we explore below.

What about 0% finance and other incentives?

A big driving force behind the popularity of PCP is manufacturer incentives – these can be very appealing and are more often offered to PCP customers than those using HP or other payment methods. The most common incentive takes the form of the 'deposit contribution' – a subsidy provided by the dealer as a kind of additional discount when choosing to pay using finance. It has the effect of boosting your initial deposit at no expense to you, thus reducing your monthly payment.

A 0% finance rate is rarely offered at the same time as a deposit contribution, but can have a similar effect on your monthly payment. The actual cost to the manufacturer is often similar – any subsidy is essentially money taken from its coffers – but many prefer to absorb the cost up front as an extra purchase incentive instead of forgoing interest for the duration of the finance scheme.

When 0% finance is offered on a HP scheme, the money to subsidise it has to come from somewhere – lending money involves certain costs. It's possible for such costs to recouped by the manufacturer through the suspension of other discounts. So it's unlikely that you'll negotiate a discount and still be offered 0% finance.

There's no hard and fast rule as to when any purchase subsidies will be offered. However such deals seem to be less commonplace among recently launched models, and are often very attractive when a model is soon to be replaced.

Read more about the best new cars deals in 2019, advantages and disadvantages of PCP on used cars and should you buy a nearly new car.