Tried-and-tested parts should help the BMW X1 reliability case, but some useful safety kit is optional

It’s too early to rate the latest BMW X1 for reliability just yet, as it’s not yet featured in our Driver Power satisfaction survey. Safety seems assured, though – the X1 did very well in crash tests. The previous generation of the car was a bit of a mixed bag in the reliability category.

BMW X1 owners ranked the car 58th overall in our 2020 Driver Power customer satisfaction survey, which is only two spots lower than in 2019. The BMW brand as a whole could only manage 27th out of 30 manufacturers. 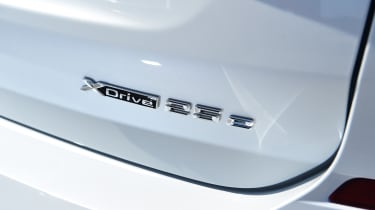 BMW owners praised their cars' engines, acceleration and practicality, as well as the brand's infotainment and safety technology. Interior and exterior style was rated below average. Running costs are regarded as disappointing, though, particularly when it comes to the cost of servicing. When it comes to reliability, BMW was ranked below average, and 16.4% of owners reported at least one fault in the first year of ownership, with a fifth of them concerning the electrics.

The new X1 runs on the same platform as the BMW 2 Series Active Tourer and MINI Clubman, so most mechanical parts are tried and tested.

The BMW X1 comes with a decent amount of safety kit as standard, including the usual slew of airbags and mandatory tyre-pressure sensors. However, the X1 also has a lot of optional safety kit, which is worth having in case the worst should happen on the road.

This X1 was crash-tested by Euro NCAP at the end of 2015 and scored the maximum five stars, scoring 90% for adult occupant protection and 87% for child occupant protection along the way. The car was particularly impressive in protecting occupants from side impacts and whiplash injuries.