"If you want a small SUV that’s practical and fun to drive, the BMW X1 is an attractive option"

As the number in its name suggests, the BMW X1 is the smallest model in the brand's SUV lineup, and really is quite compact. It takes up little more space on the road than a Ford Focus, but its proportions are cleverly judged to give a 'big-car' look.

This comes thanks to its high roofline and raised ground clearance, and the X1 sits around 15cm higher than a typical family car. It's enough of a boost to give you a raised driving position providing all on board with a panoramic view out - which is key to an SUV's appeal after all.

The X1 isn't without its rivals, such is the popularity of this kind of car that many manufacturers want a piece of the action and the Audi Q2 and Q3, Mercedes GLA and Range Rover Evoque all compete for buyers. 'Non-premium' brands are muscling in, too, and the less expensive Nissan Qashqai, SEAT Ateca and Skoda Karoq all come close to matching the X1 on ability if not prestige.

Much of the BMW's mechanical makeup is shared with the MINI Countryman SUV, as well as the BMW 2 Series Active Tourer MPV. sDrive versions are front-wheel drive, while xDrive models have BMW's four-wheel drive system, sending power to the rear wheels as well as the front if extra traction is needed in adverse weather or loose surfaces.

The X1 has proved very popular, and a facelift for 2019 saw a refreshed kidney grille design that now joins in the middle, along with subtle updates to its bumpers and lights, such as clear indicator lenses replacing dated orange versions. The interior gained touchscreen functionality for its iDrive infotainment system and contrasting stitching for the upholstery.

There are two petrol engines to choose from, a 138bhp three-cylinder, 1.5-litre petrol engine is offered in the front-wheel drive X1 sDrive18i, while the sDrive20i sits on the next rung of the ladder with a 189bhp 2.0-litre engine, and the four-wheel drive xDrive20i sits above that. The latter is a quick car, reaching 62mph from rest in 7.7 seconds, although its fuel economy can't match the less expensive model. A plug-in hybrid (PHEV) badged xDrive25e combines the 1.5-litre petrol engine, an electric motor and a battery pack to produce 217bhp, giving it a range of around 32 miles without using any petrol.

Company-car drivers and private motorists covering more than 12,000 miles a year are likely to opt for one of the 2.0-litre diesel engines. They’re available with two power outputs and have either front or four-wheel drive. The least powerful diesel (badged 18d) has 148bhp and covers the 0-62mph sprint in 9.3 seconds. Get it with sDrive (front-wheel-drive) and it’ll average up to 55.4mpg.

Next is the 187bhp version (badged 20d). It comes in four-wheel-drive guise only, but fuel economy is still respectable; the xDrive20d can return up to 49.6mpg officially, while its 0-62mph time is 7.8 seconds. This is now the most powerful version, as the previously available xDrive25d model has been discontinued.

The X1 is a fun car to drive, thanks to surefooted suspension and precise steering. It manages to feel expensive while retaining the hint of the agility you’d expect in its MINI relative. Mind you, it’s an SUV, so it doesn't have hot-hatch handling. Nevertheless, the X1 feels equally at home in town, on a twisty B-road or on the motorway.

The interior is typical BMW, which means impressive quality and materials. The downside is a dashboard that lacks flair, but contrasting stitching for the upholstery introduced as part of the facelift in 2019 adds some extra style. However, everything is easy to operate, with every button clearly labelled and controls that should stand the test of time. There’s enough head and legroom for front and rear occupants, while the boot is reasonably sized at 505 litres if not class-leading.

There are four trim levels to choose from: SE, Sport, xLine and M Sport are available, although not every engine has every trim. Standard equipment on all cars includes an 8.8-inch display, sat nav, air-conditioning and alloy wheels, while Sport gives the X1 a racier appearance inside and out, adding larger wheels and sports seats. A highlight of the xLine is its leather seats, while the M Sport model gets an even sportier look, with aerodynamic bumpers, gloss-black exterior trim and adaptive LED lights with a cornering function, along with lots of other tweaks inside and out. 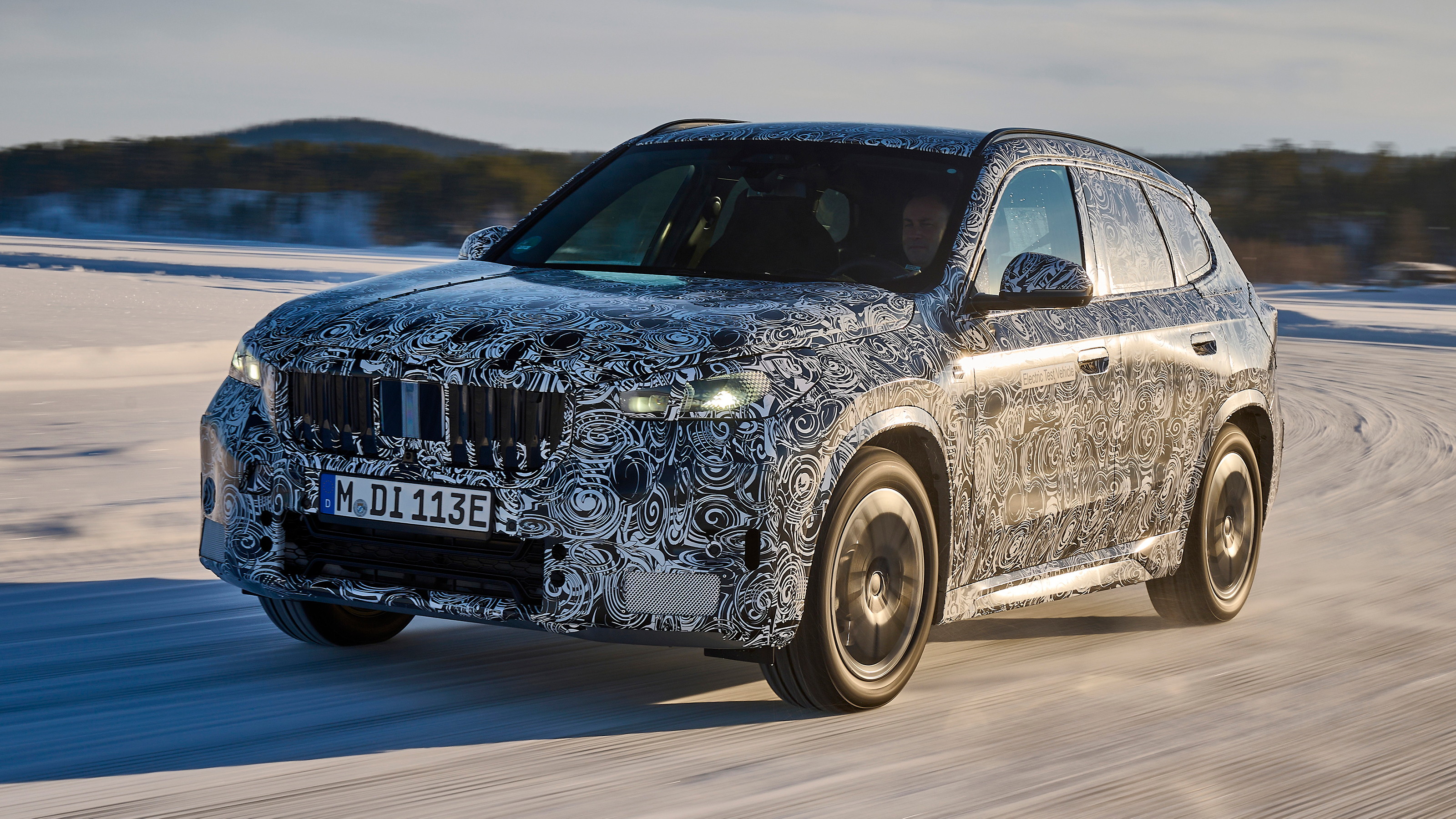 A clever standard feature is BMW's 'remote services', smartphone app, which enables you to check certain aspects of your car's status; its fuel level, for example; and operate certain functions like its headlamp flasher, ventilation and central locking remotely.

The BMW X1 came 58th overall in our annual Driver Power customer satisfaction survey, while BMW finished in a disappointing 27th place out of 30 in the manufacturers chart. Safety shouldn’t be a concern, with the X1 achieving five stars in Euro NCAP crash tests, recording strong performances in the occupant protection categories.

The BMW X1 is a desirable small SUV but is M Sport the trim level to go for?
Electric BMW X1 SUV set to arrive in 2023
BMW X1

An electric X1, likely called the BMW iX1, is in the pipeline alongside several other EVs
Mercedes GLA: old vs new
Mercedes GLA

How does the all-new Mercedes GLB compare to the Volvo XC40 and the facelifted BMW X1?
Audi Q3 vs BMW X1 vs Mercedes GLA vs Volvo XC40
Audi Q3

An all-new version of the desirable Audi Q3 has arrived. How does it compare to its biggest rivals?
BMW recalls 300,000 cars in the UK over stalling issue
BMW 1 Series

BMW is recalling popular models built between 2007 and 2011 over fears they can cut out
BMW X2: full details announced
BMW X1 SUV

"Practical and comfortable, the X1 combines the driver appeal of a sporty hatchback with the practicality of an estate."
New BMW X1 SUV 2015 revealed: price, specs and release date
BMW X1 SUV