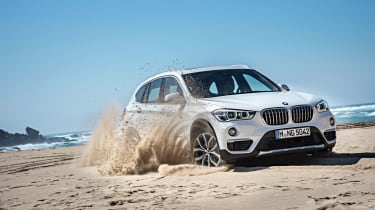 BMW has announced an all-new BMW X1, which features a new range of engines and EfficientDynamics technology for better fuel economy.

Since the X1’s launch in 2009, BMW has sold more than 700,000 examples globally, with 40,000 going to UK owners. It’s around the same size as the Audi Q3 and Mercedes GLA-Class SUVs, with the former recently getting a facelift and the latter only being launched last year.

The new X1 is still the smallest crossover SUV in BMW’s range, but the redesign has made it look more like the larger X3. It’s 53mm taller but 38mm shorter than the old X1, so it looks more like a proper SUV than a high-riding estate car. It still features plastic body cladding to give it a rugged look. 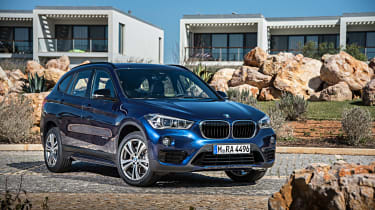 The new car also shares mechanical parts and a platform with the BMW 2 Series Active Tourer. BMW’s xDrive four-wheel-drive system is available on most models and an eight-speed Steptronic gearbox can also be specified.

BMW has used the latest technology from its eco-friendly EfficientDynamics range to ensure all of the X1’s engines are as efficient as they can be.

From launch, the X1 will offer a choice of one petrol and three diesel engines. The petrol is new to the range, as diesel power was the only option in the outgoing model. The new engine, named the xDrive20i, is a 2.0-litre four-cylinder petrol that produces 192bhp and has a 0-62mph time of 7.4 seconds. Efficiency figures stand at 44.8mpg and 146g/km of CO2 emissions. 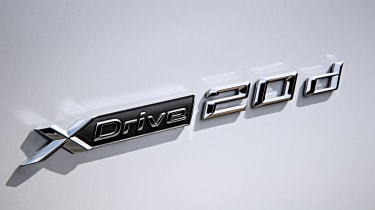 The line-up of diesel engines includes a two-wheel-drive 150bhp sDrive18d model, which has the best fuel economy and lowest CO2 emissions in the X1 range, at 65.7mpg and 114g/km respectively. It is, however, also the slowest option – its 9.2-second 0-62mph time is almost two seconds slower than any other engine’s.

For those looking for some real grunt, the 231bhp xDrive25d launches the car from 0-62mph in 6.6 seconds. With a claimed fuel economy figure of 56.5mpg and CO2 emissions of 132g/km, the most powerful diesel is not only faster than the petrol, but more economical, too.

BMW wants to make sure you know the X1 is one of its SUVs, rather than just a taller, more rugged 1 Series. As mentioned, the X1 has been made taller yet shorter to achieve this. BMW’s classic ‘kidney’ grille is, naturally, front and centre and the louvered bonnet and headlight clusters seem to take inspiration from the current 1 Series hatchback. 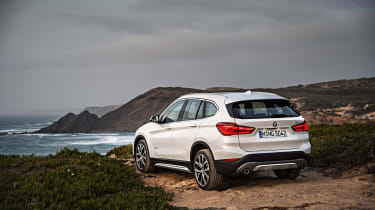 Black plastic completely covers the underside of the X1, with silver kickplates on the side skirts and chunky front and rear bumpers to give the car a more aggressive look compared to the cleaner, more swooping lines of other models in BMW’s range. 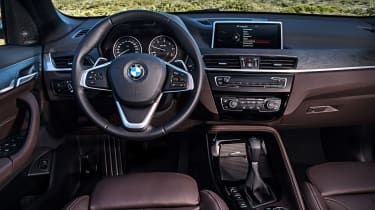 BMW’s ConnectedDrive is available as an option, adding BMW’s Navigation Plus sat nav and a larger 8.8-inch touchscreen. The ConnectedDrive system is basically a concierge service – you can contact advisors about technical queries and navigation information and also place an emergency call if necessary.

A huge amount of safety tech is on offer, with lane-departure warning, city braking and active cruise control all available. BMW’s anti-dazzle Selective Beam system can be specified, too. This fine-tunes the headlights to provide enough light for you to see the road without distracting oncoming vehicles.

The new BMW X1 goes on sale in the UK on 24 October 2015. Two additional engines – the xDrive18d and xDrive20d diesels – are expected in November. Prices will be announced closer to the launch date.

For more on BMW’s current range, including our review of the outgoing X1 SUV, visit Carbuyer’s review page. 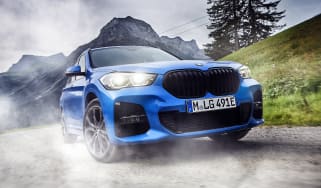