Land Rover's reputation for reliability isn't great, but the Range Rover Sport is expected to do better than previous models

Land Rover has rather an inconsistent record for owner satisfaction, but its performance has been better in recent years. Safety is also an important issue for the company and the Range Rover Sport is packed with crash-avoidance technology.

Too few Range Rover Sport owners participated in our 2020 Driver Power survey for the model to be assessed individually.

The Land Rover brand experienced its strongest result in recent years in 2018, with a seventh-place finish among 26 manufacturers represented in the survey. Unfortunately it dropped down to 25th out of 30 brands in our 2020 results, with 33.8% of owners reporting a fault in the first year. Despite high scores in several categories, poor performances for running costs and reliability heavily affected its ranking. 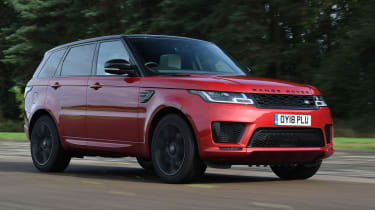 The Range Rover Sport has yet to be crash-tested by Euro NCAP, so it's hard to say exactly how it'll perform in the event of an accident. However, it's closely related to the bigger Range Rover, which was awarded a five-star rating, a success repeated by the Range Rover Velar in 2017. Up-to-date safety technology includes autonomous emergency braking, blind-spot monitoring and an intelligent speed-limiter function.