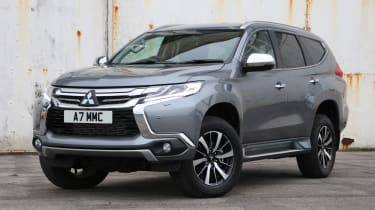 Mitsubishi hasn’t traditionally fared well in our Driver Power survey, but it hasn’t featured for a few years and the Shogun Sport is a new car, so it would be unfair to judge it for reliability at this stage. Similarly, it has yet to be crash-tested by Euro NCAP for an official safety score. However, the top-spec model does come with several ‘advanced safety technologies’ and Mitsubishi claims the body of the car will offer occupants a high level of protection in the event of a collision. 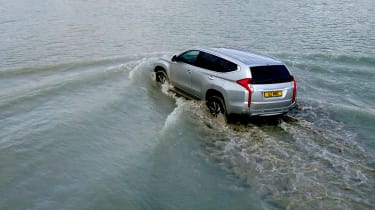 The Shogun Sport is too new to have featured in our 2018 Driver Power customer satisfaction survey and Mitsubishi wasn’t sufficiently represented to appear in the manufacturer chart. Mitsubishi’s result in 2016 was disappointing, however, as it came 31st out of 32 manufacturers. However, this did include a 15th-place position for reliability, giving Mitsubishi a top-half finish in this category.

The Shogun Sport has yet to be crash-tested by Euro NCAP but the entry-level model in the UK is equipped with a rear-view camera, rear parking sensors and speed-sensing automatic door locks.

The top-of-the-range 4 model has forward collision mitigation, to prevent collisions with the car in front, a blind-spot warning system, an ultrasonic mis-acceleration mitigation system, to reduce the chance of accidentally hitting obstacles at slow speeds, and a multi around-view monitor system, which gives a 360-degree, bird’s-eye view of the car during manoeuvres.