You can now save over £2,600 on the outgoing Suzuki SX4 hatchback 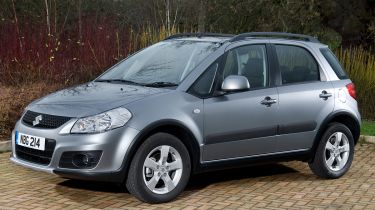 With the new Suzuki SX4 S-Cross on its way, deals on the outgoing SX4 were inevitable. That doesn’t make them any less appealing though, with the old model offering all the benefits of a nimble city car with the added go-anywhere ability of an SUV, and is only available with the 118bhp 1.6-litre petrol engine and five-speed manual gearbox. However, there is also a two-wheel drive version available, which is slightly fast and benefits from lower running costs.

The light steering and pedals mean the SX4 is very comfortable around town and is a doddle to park in tight spaces thanks to its compact dimensions. It’s also surprisingly quiet on motorways, and handles bumps in the road with ease thanks to its soft suspension and big tyres.

Its practical shape means there is plenty of space in for passengers in the front and rear, while the boot is a decent size, too. There’s 270 litres with the rear seats in place, but fold the seats down and you’ll benefit from up to 1,045 litres of storage room – more than enough for bulky flat-pack furniture or an shopping spree at your favourite department store!

There’s loads of airbags included as standard, as well as ABS brakes with brake assist and side impact protection beams, while the top-spec and the Suzuki SX4 SZ5 model comes with stability control and four-wheel drive, too. It scored four stars for adult protection in the Euro NCAP crash tests, as well as three for children and three for pedestrians – so the SX4 should be a safe in the event of an accident.

Visit www.carbuyer.co.uk for more great value deals, and for the full Suzuki range, check out the CarBuyer Suzuki reviews page. 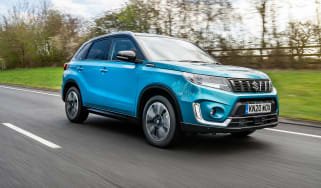