You can now save almost £2,000 off the entire Nissan X-Trail SUV range 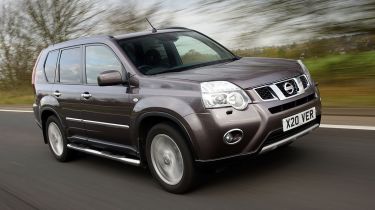 There is now £1,750 off the current Nissan X-Trail range when you purchase the car through the Nissan finance scheme. It comes in three specs, the entry-level Acenta, mid-range n-tec+ and top-of-the-range Tekna.

While there’s only one engine choice in the X-Trail, a 2.0-litre dCi diesel, it comes with either a 148bhp or 171bhp. The more powerful engine has good acceleration and its soaks up lumps and bumps very well indeed. It can also tow an impressive 2,200kg – more than enough for most trailers.

The X-Trail is only available with four-wheel drive, and it certainly holds its own when you venture off the beaten track. But it’s also very comfortable cruising on roads and has a smooth ride – even on larger wheels.

Inside, the cabin is quiet and relaxing, and adults should find they have plenty of legroom. Storage space is bountiful, too, with large door bins, a storage box in the dashboard, and a selection of cup holders. With the rear seats in place, there’s 603-litres of boot space available, but fold them down and this expands to 1,773-litres. That’s more than 100-litres bigger than a Land Rover Freelander.

While Nissan placed an impressive 12th in the 2013 Driver Power customer satisfaction survey, it’s still eight places lower than it scored last year when it came 4th. However, the X-Trail came in at number 22, which is probably a testament to its reliability – ranking very high compared to rival 4x4s.

Unfortunately, it scored just four out of five stars in the Euro NCAP crash safety tests, slightly off the pace compared to more modern rivals - but that's not to say it's unsafe. The Nissan X-Trail still gets plenty of safety equipment as standard, including front, side and curtain airbags, ISOFIX child seat anchor points, electronic stability control, and hill descent control.

In terms of fuel economy, the more powerful diesel engine returns 44.1mpg and emits 168g/km of CO2, which isn't actually that bad considering the size of the car and its impressive off-road ability.

That said, the X-Trail suffers quite badly in terms of depreciation, but with the money knocked off the price with this offer it should make up for any losses in the future. 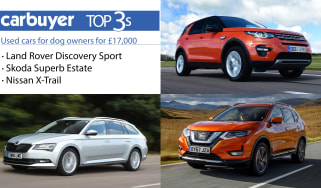