The Honda Civic Tourer is the star of Honda’s most recent advertising campaign, aimed at boosting sales of its spacious new estate car.

Like the multi-award winning ‘Hands’ advert, Honda’s latest campaign, ‘Inner Beauty’, is a visual masterpiece. Honda doesn’t want you thinking the Civic Tourer is all about its attractive exterior, though, placing the main spotlight on its large and luxurious interior.

Watch the advert below and go on a journey through the insides of several everyday objects as they’re flung into the Honda Civic Tourer’s class-leading 624-litre boot.

Olivia Dunn, Honda UK’s head of marketing, said: “This campaign takes the viewer beyond that first appearance to emphasise the balance between style and performance, and the incredible practicality that the car delivers.”

It’s no surprise that Honda reused the innovative minds of Wieden+Kennedy London and Nexus Productions, both responsible for the success of its ‘Hands’ advert. Over 10 million people watched that film on YouTube and it has won awards for Best Viral Video and Best TV Commercial.

Scott Dungate, Creative Director at Wieden+Kennedy London, said: “We wanted to create a film that showed the external beauty of the car, but also celebrated the wonder of the inside and how it works.”

Those of you feeling lucky can enter a five-day Twitter competition from the 3 February. Short loops from the ad that cleverly conceal certain words will be tweeted daily, and it’s up to you to find and tweet these hidden words to @Honda_UK using the hashtag #CivicTourer. Prizes include a camera, £743 to spend in a world famous department store (reflecting the car's impressive 74.3mpg fuel economy) and a holiday for two.

The Honda Civic Tourer is equipped with secret storage compartments, concealed door handles and Honda’s unique ‘Magic Seats,’ which vanish when folded. It is also the lightest vehicle in its class and comes with the option of a 1.6-litre i-DTEC engine – capable of a tax-busting 99g/km of CO2.

The Honda Civic Tourer is available in UK showrooms from this month, with prices starting at £20,265 for the 1.8 i-VTEC S model. 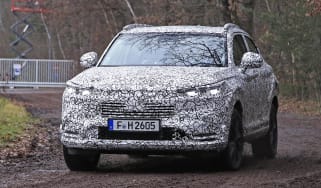 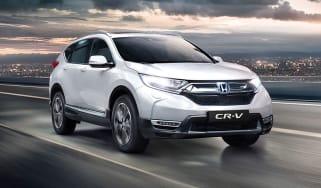 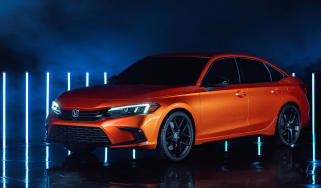