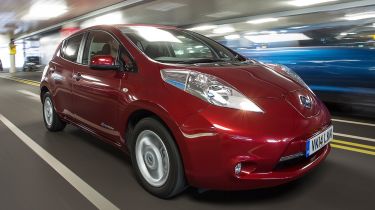 A new regulation from the United Nations’ World Forum for Harmonisation of Vehicle Regulations has been announced, which means super-quiet hybrids and electric vehicles must make a certain amount of noise.

It’s long been argued that the sheer silence of electric and hybrid cars makes them a hazard, not just for blind and visually-impaired pedestrians, but for all those who use traffic noise as an indication of whether or not a road is safe to cross.

While no car is truly silent – even fully electric cars emit a faint humming as well as tyre roar – such is the difference between an internal-combustion-engined car and electrically powered one that the UN has decided the latter need to make more noise – especially at low urban speeds.

Low speeds is when this happens, however, so the regulations set out by the UN only cover speeds up to 20kph (12.4mph). They state that cars should emit at least 50dB at 10kph (6.2mph) and 56dB at 20kph and at least 47dB while reversing. The UN argues that tyre and wind noise above these speeds will be enough to alert pedestrians.

To achieve this, the UN wants all ‘quiet’ cars to be fitted with an Acoustic Vehicle Alerting System (AVAS) that should sound like this. Eventually, the UN wants these systems to be used in conjunction with active collision-avoidance systems to actively help vehicles avoid hitting pedestrians at all.