Google teams up with Fiat-Chrysler on self-driving car

Tech giant allied to FCA in development of self-driving car 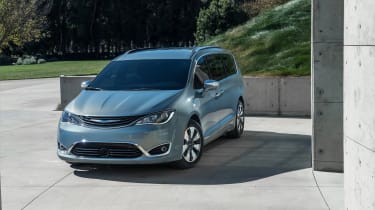 Google is to team up with Fiat Chrysler (FCA) to further develop its self-driving car technology, marking the first time it has worked directly with a traditional car manufacturer on its autonomous-car project.

The deal will see Chrysler supply around 100 examples of its Pacifica MPV to the search-engine giant. Google sees the boxy people carrier as a perfect testbed for its autonomous technology, as it considers self-driving cars to be an alternative to buses and other forms of mass transport, so practicality and space take priority over style and sportiness.

There are other practical reasons for choosing the Pacifica – a car not available in the UK. First of all, there’s plenty of space inside for the necessary hardware, while, as Google explained: “the minivan design gives us an opportunity to test a larger vehicle that could be easier for passengers to enter and exit, particularly with features like hands-free sliding doors.”

While there isn’t any timeframe for when Google and/or FCA might start selling autonomous cars to the public, it’s a step in the right direction for a project that recently suffered some well-publicised incidents during testing in California.

Despite these problems, however, Google has continued to oppose laws that require even fully autonomous cars to have a brake pedal and steering wheel. There’s no word yet on when we’ll see a production Chrysler Pacifica with Google self-driving technology, but we’re promised the project will eventually see a product going on sale to the public.