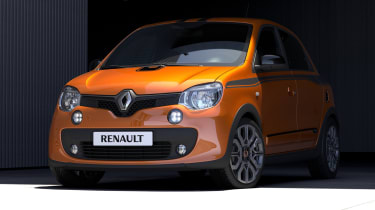 Full pricing and specifications for the new Renault Twingo GT ‘warm’ hatchback have been announced, ahead of the car going on sale on 1 December this year. Prices start at £13,755 and the GT comes with more power, more performance, a sharper driving experience and more standard equipment than other Twingos.

The new Renault Twingo GT made its debut at the Goodwood Festival of Speed in June of this year and while it stops short of being a full-fat hot hatchback from the company’s Renaultsport division, it is, for now at least, the fastest Twingo you can buy. And although it doesn’t carry Renaultsport’s hallowed RS badge, it has been developed with significant input from the brand’s performance arm. 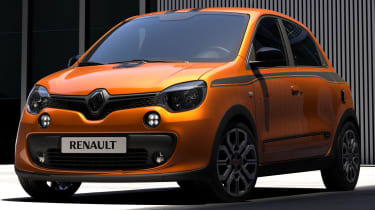 The Twingo GT takes inspiration from the GT and GT-Line versions of the current Renault Megane hatchback, which offer more performance and a slightly sharper driving experience than the standard models, but without the hardcore and unforgiving nature of the full-fat Renaultsport cars.

Giving the Twingo GT the extra oomph it requires is an upgraded version of the standard car’s rear-mounted 0.9-litre three-cylinder petrol engine. It now produces 109bhp, which it sends to the rear wheels through a five-speed manual gearbox. This is enough to propel the GT from 0-62mph in just 9.6 seconds, while Renault also claims it’ll accelerate from 50-75mph in under nine seconds and top out at 110mph. Renault is also claiming that, thanks to modifications made to the engine’s control unit, throttle response will be even more urgent than the standard car’s.

According to official testing, the GT will return around 54mpg fuel economy, which equates to CO2 emissions of 115g/km and a resulting annual road-tax bill of £30. Register your new Twingo after April 2017, however, and you’ll have to pay £160 for the first year and £140 a year thereafter.

In order to ensure the new GT offers a sharper driving experience, Renault has fettled its suspension, brakes and steering, while it also sits 20mm lower than the standard Twingo. However, Renault insists that despite the sportier suspension, lowered ride height and large 17-inch alloy wheels, the standard Twingo’s ride comfort won’t be compromised. 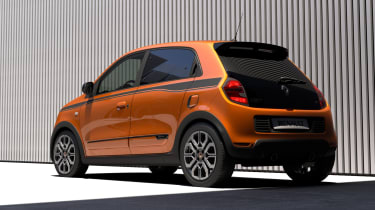 Outside, the new Twingo GT comes with some aesthetic accoutrements to give a sportier feel than the standard car. As well as the aforementioned alloys, there are larger air intakes, as well as a choice of three new paint colours – Lunar Grey, Diamond Black and Crystal White. There are also twin chrome-finished exhaust pipes to complete the sportier look.

Inside, there are orange interior trim details, Renaultsport-badged door sills, aluminium pedals and an alloy gearknob. This model also comes with Renault’s R&GO application, which allows you to turn your smartphone into a dash-top touchscreen infotainment system for things like sat nav, hands-free phonecalls and music streaming. The Twingo GT also comes with climate control, rear parking sensors, cruise control and automatic lights and wipers. 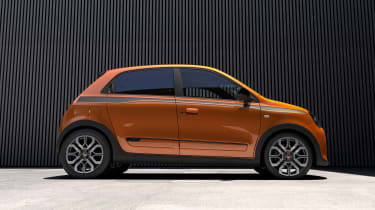 Options on the Twingo GT include a seven-inch touchscreen infotainment system that includes TomTom sat nav, Bluetooth connectivity and a reversing camera.

The new Renault Twingo GT goes on sale in the UK from 1 December, with deliveries beginning towards the end of December or in early 2017. Prices start at £13,755. 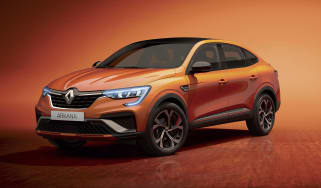