Low-emissions, autonomous and electric cars get budget boost; millions to be spent on roads “to keep Britain moving” 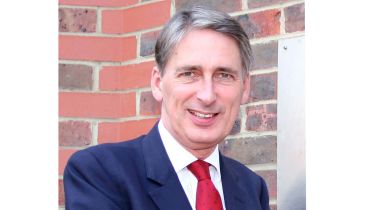 The Chancellor of the Exchequer, Philip Hammond, has announced a wide range of investment plans to make life easier for UK motorists.

In his Autumn Statement on Wednesday, Mr Hammond unveiled a wide-ranging set of initiatives, with “English local transport” set to get “significant additional funding” of £1.1 billion.

It’s not clear exactly how much of this will be spent directly on roads, but £220 million is being earmarked for traffic easement at pinch points on “strategic roads”, lessening motorway, dual-carriageway and A-road congestion.

A further £390 million will be invested in autonomous and low-emissions vehicles, while new legislation will be brought in next year to tackle fraudulent whiplash claims against insurance companies. This last move is expected to save motorists £40 a year on insurance premiums, but is likely to be offset by a 2% rise in Insurance Premium Tax.

The Government clearly sees electric cars as being vital to the UK’s motoring future, as businesses installing electric-vehicle charging points are set to benefit from a 100% first-year capital allowance, meaning the full cost of installation can be deducted from companies’ profits before tax.

This will make life significantly easier and cheaper for owners of electric cars and plug-in hybrids like the Mitsubishi Outlander PHEV: it increases the likelihood drivers will be able to easily recharge such cars at work as well as at home, reducing or removing the need to use petrol on daily commutes.

In further good news for UK drivers, the Chancellor also announced the deferred fuel duty rise would be cancelled for the seventh successive year. This multi-million-pound tax break will save the average car driver £130 a year and the average van driver £350 a year.

The 50,000 or so company-car drivers who use salary-sacrifice schemes to fund their cars can also rest easy. It had been rumoured the low Benefit-in-Kind rates enjoyed by Ultra Low Emissions Vehicles (ULEVs) would come to an end next year, but the Autumn Statement revealed ULEVs – along with pensions, childcare and cycle-to-work schemes – will continue to be eligible for the tax breaks offered by salary sacrifice.

Finally, Mr Hammond announced that his first Autumn Statement would also be his last. It’ll be replaced by an autumn budget in 2017, allowing changes to be made well in advance of the start of the financial year. A Spring Statement will be introduced from 2018 – this will respond to forecasts from the Office of Budget Responsibility rather than setting out new strategies and investments.