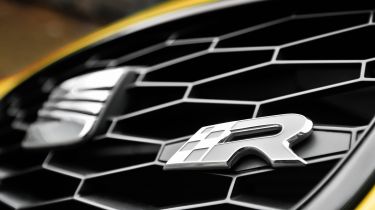 The recently released SEAT Leon Cupra 300 is set to be joined by an even more powerful version – and a SEAT Ateca Cupra SUV is on the cards, too.

Speaking to our sister title Auto Express, Matthias Rabe, executive vice-president for research and development with SEAT, suggested that there is still room for an ultimate, range-topping R model of the Leon. 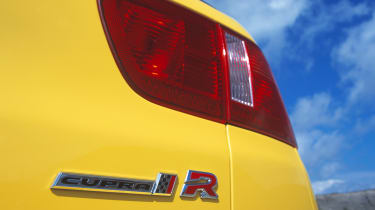 Speculation surrounding the introduction of a Ford Focus RS rival was increased by the absence of the Cupra R badge on the recently launched Leon Cupra 300. The R badge has historically been reserved for the very hottest SEAT models.

Rabe hinted about the potential for a faster Leon: “In seven or eight months you will see something interesting”.

While target power output and performance figures remain secret, Rabe has outlined that lower ground clearance and carbon fibre elements were among features under consideration for an ultimate version of the Leon Cupra, alongside a power increase and chassis modifications. He also confirmed that he had personally driven modified versions of the Cupra: 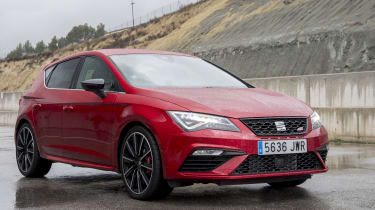 “I have tried stiffer versions of the Leon Cupra myself already and while they were better on the track, they were maybe a little too stiff for the road. There are things we can do with the DCC [the hydraulic dampers that are standard on a Leon Cupra 300] but even then we must be careful because the window of what you can do is quite narrow.”

However, it’s clear that SEAT knows that the Leon’s ability as a useable family car shouldn’t be sacrificed. He said: “The core values of Cupra must remain - it must be fun to drive but something you can use every day, because this is not a car that is bought by people who have five or six other cars….if we went further, it would still have four or five seats.”

When the facelifted SEAT Leon was officially launched in January 2017, a distinctly modified SEAT Ateca SUV was photographed in the car park. Matthias Rabe has confirmed that it was this car that he personally drove to the event.

He explained that the car was a development prototype for an Ateca Cupra – a high-performance version of the SUV that SEAT launched in 2016, and that it has already been approved for full production. No technical specification has been revealed other than its use of four-wheel drive, but he has stated that ““It will be a fantastic car.” 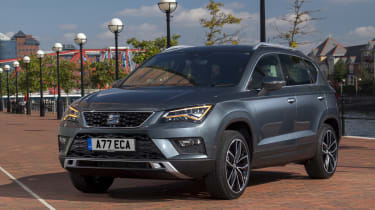 Rabe explained that SEAT was excited that the Ateca Cupra would be unique in its class: “There is a lot of appeal for the Ateca Cupra because none of the model’s rivals are doing this; only in the premium sector do you get performance SUVs of this size.”

SEAT’s motorsport division has been involved in the development of the sporty SUV, with works touring car driver Jordi Gene confirmed to have driven prototype versions.

Talking to Auto Express, Matthias Rabe loosely outlined that the Leon Cupra R could be on sale before the end of 2017, but no specific date has been confirmed. We expect the Ateca Cupra to arrive in early 2018.

Rabe did suggest that there are no plans to offer a Cupra version of the latest SEAT Ibiza. He cited difficulties in engineering a high-performance Ibiza that can be sold at an appealing price. However, never say never: “For me, the Cupra brand is Leon and not smaller than that - but this still allows some options.”