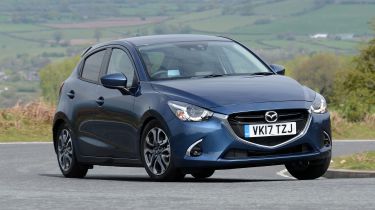 Following a round of technical tweaks intended to give the Mazda2 a sharper, more exciting edge, Mazda has announced a limited-run Tech Edition version of its Ford Fiesta rival.

With fine-handling cars like the Fiesta and Volkswagen Polo dominating this part of the market, Mazda’s supermini has been given the Japanese company’s ‘G-Vectoring Control’ system, which can vary engine output during cornering to enhance steering precision, feel and comfort.

This technology has already been seen in the larger Mazda3 and, combined with changes to the car’s electric power steering, promises a more responsive feel for the updated Mazda2. Meanwhile, additional sound-deadening and revised suspension aim to provide a quieter, more comfortable ride, while a new steering wheel, refreshed seat fabrics and wing mirrors with integrated indicators further boost its showroom appeal. 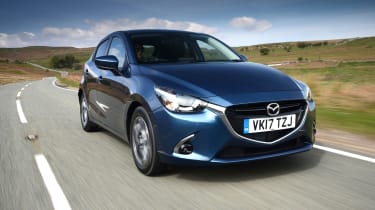 The Mazda2 Tech Edition, limited to 750 UK cars, marks the launch of the improved car. Based on the SE-L Nav model with an 88bhp 1.5-litre petrol engine, the Tech Edition adds 16-inch alloy wheels, rear parking sensors, climate control and privacy glass for the rear and side windows, as well as special Dynamic Blue Mica, Snowflake White Pearlescent or Jet Black Mica paint options. This represents a considerable saving over individually adding these options – the Tech Edition costs just £300 more than the standard SE-L Nav.

Racy looks inside and out are a feature of the Sport Nav, while the GT adds leather seats, a colour head-up display, LED headlamps and a rear spoiler. The range-topping GT Sport adds a reversing camera and boasts a six-speed manual gearbox linked to a 113bhp version of the 1.5-litre petrol engine used across the Mazda2 range. Other versions have 74 or 88bhp, with an automatic gearbox available on the latter. 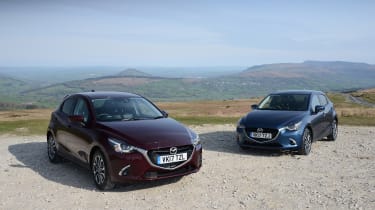 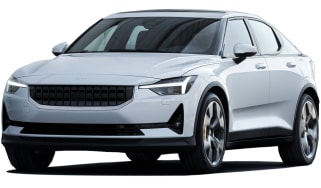 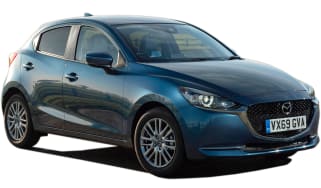