Watchdog: Missing wheel inserts give cause for concern

Owner inspection raises fears, but Nissan says there is nothing to be worried about 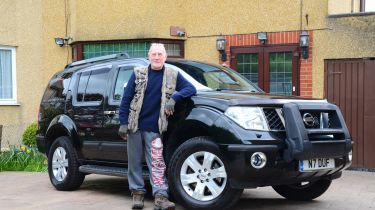 Wheels and tyres are among the most important parts of a car as they’re the only items in contact with the road, which is why many drivers take any signs of trouble seriously. This is exactly what reader Les Dufty, from Little Stoke in Bristol, did after he found out the wheel nut inserts on his Pathfinder had come off.

Les took his 2006 Nissan to a local garage to change the front and rear brake pads. While the car was on the ramp, the mechanic pointed out that one of the metal inserts in the rear wheel – which the nut is tightened against – had come loose, popped out and was now missing.

“I would never have noticed this unless the car was on a ramp,” Les told us. Having had more than 30 years of engineering and mechanical expertise as an Alfa Romeo specialist, he began to investigate how this could have happened and whether it was dangerous. He said: “Myself and the mechanic looked at the other wheels, including the spare, and noticed that on the latter some of the inserts were so loose they could be pushed out.”

Les told us: “I have changed thousands of tyres over the years, but have never heard of an insert coming out.” We got in touch with Nissan, which began to investigate. Les was contacted by its technical team, who told him the issue would have likely come from the wheel nuts being overtightened when changing rims, but that they could be popped back into place by force.

To find out, Les substituted one of the inserts from the spare to his rear wheel and managed to solve the problem. However, he remained sceptical of Nissan’s answer: “I’ve never seen this before in my whole career working with cars – and it’s something that worries me from a safety point of view.”

Nissan told us the issue was unlikely to be safety related, but it’d need to inspect Les’s car to confirm. A spokesman also pointed out that the Pathfinder is now well out of warranty and has been repaired outside the network. He advised: “If Mr Dufty has any remaining concerns we recommend that he takes his vehicle to his nearest Nissan dealer.” 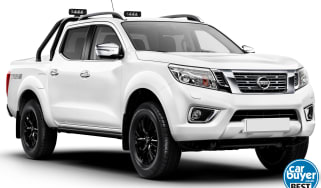