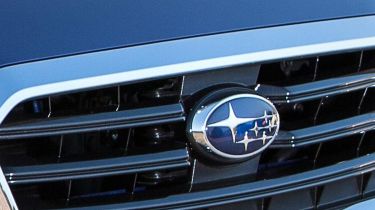 Subaru’s first all-electric vehicle will launch around 2021, according to insiders. The car will be part of the Subaru’s electrified portfolio, which by then will also feature a range of hybrid models.

The new Subaru EV will be based on the firm’s Global Platform chassis, which it’ll share with an all-new Subaru XV, arriving later this year, as well as the next-generation Impreza hatchback and Forester SUV.

It’s understood the EV won’t be a standalone model, however, meaning it’ll be based on another model in the range.

Subaru’s engineers say it’s early days for the project, and precise technical details are still unknown. Its teams are currently assessing how best to package batteries to maximise safety.

The Subaru Global Platform is a key development for Subaru in its plans to launch a new car a year until 2020, with a focus on SUVs. Improved insulation from noise and vibration is promised, as is better driving experience. SGP has been engineered to accept hybrid and electric vehicle technology, as well as petrol and diesel engines.

Subaru has already confirmed it will stick to its Symmetrical All-Wheel Drive technology, which it believes gives its cars the edge when it comes to all-weather grip and safety.

The firm’s first hybrid models will appear before the end of 2018. Bosses admit the company is late to the market with petrol-electric technology, due to its determination to use ‘boxer’ engines (with horizontally positioned cylinders) in a drive to improve handling and safety.

From 2019, Subaru will start to release its new family of smaller and more economical turbocharged engines.