Secretary of State for Wales announces an end to £6.70 charge for cars to cross from England to Wales on M4 bridges 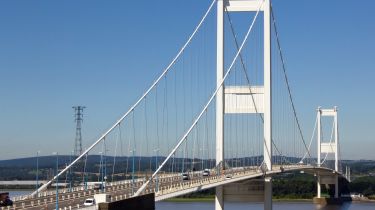 Motorists travelling from England to Wales over the river Severn Crossing will no longer have to pay a toll from 2018, it has been announced.

Approximately 25 million motorists use the two bridges connecting England and Wales each year, and it’s estimated South Wales’ economy will receive a £100 million boost when the tolls cease to be applied “at the end of 2018.”

Announcing the end to these tolls in 2018, Transport Secretary, Chris Grayling said: “Tens of millions of motorists a year will benefit from the end of tolls on the Severn bridges, saving them money and cutting journey times. People who use the crossing every day will save a minimum of £115 a month.”

Secretary of State for Wales Alun Cairns went even further, saying: “The decision to abolish the Severn tolls next year sends a powerful message to businesses, commuters and tourists alike that the UK Government is committed to strengthening the Welsh economy.” He continued: “The decision we have taken today is right for Wales’ future prosperity and I am sure that it will be welcomed by industry and motorists alike.”