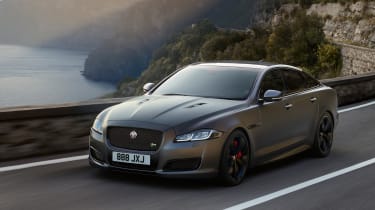 Jaguar’s biggest model, the XJ saloon, has been given an update – and all eyes are on the powerful XJR575 that’s been added to the range. The Jaguar XJ has been on sale since 2009 in its present form, and this is the second time it has received a facelift. The changes, which promise to help keep Jaguar’s flagship in competition with its rivals, include updated infotainment and safety features. 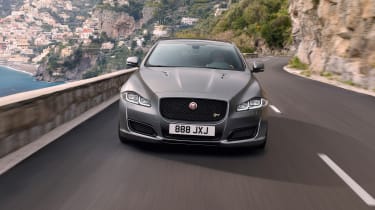 The looks of the XJ are little changed – its upright mesh grille is flanked by ‘J-Blade’ daytime running lights that double as orange direction indicators, while the rear LED tail lights incorporate a ‘pinstripe’ graphic for a distinctive signature.

Inside, a ten-inch infotainment touchscreen dominates the dashboard, and provides access to a 4G Wi-Fi hotspot that can support up to eight connected devices. It adds pinch and zoom gesture recognition to its native sat nav, and will allow owners to create custom ‘homepages’ with shortcuts to frequently used features.

Safety has also been boosted, with a Forward Traffic Detection system that assists drivers merging onto busy roads from blind junctions, while Lane Keep Assist can correct your driving line if you should stray out of your lane on the road. There’s also a Driver Condition Monitor that will issue an alert if your steering inputs suggest drowsiness. 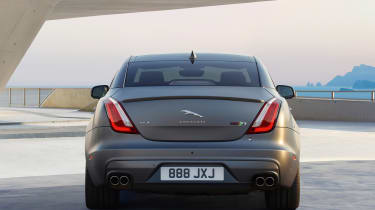 The big news, though, is the launch of a fearsome 567bhp XJR575, which turns up the heat on its Mercedes-AMG S63 rival.

The new XJR575 is the most powerful Jaguar XJ ever, and it’s distinguished by a choice of exclusive Satin Corris Grey and Velocity Blue paint colours. It has its own rear spoiler, side sill and front bumper designs, and its front splitter and lower air intakes feature gloss black surrounds.

20-inch alloy wheels, also in gloss-black, are fitted as standard, while red brake callipers add a racy final touch. Inside, the sill finishers bear the XJR575 logo, as do the diamond-quilted seats. 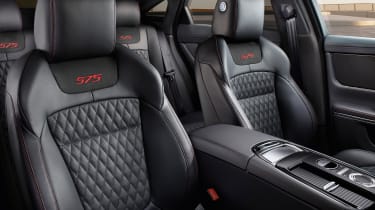 Under the bonnet, the XJR575 has an evolution of Jaguar’s 5.0-litre supercharged V8 petrol engine, which produces 567bhp. This is enough to take the XJR575 from 0-62mph in a claimed 4.4 seconds – an exact match for the Mercedes-AMG S63. However, that car is electronically limited to 155mph, while the Jaguar has a 186mph top speed. A eight-speed automatic gearbox is fitted, from German specialist ZF.

The updated Jaguar XJ will hit showrooms in autumn this year. Prices have yet to be announced, but we expect only incremental increases from today’s range, which starts at £58,690 for a 3.0-litre diesel model in Luxury trim. The XJR575 is expected to carry a price premium over the current Jaguar XJR, which costs £91,775. 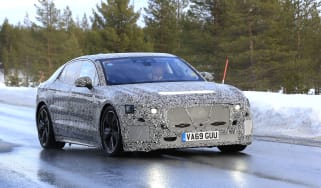 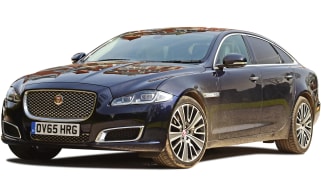