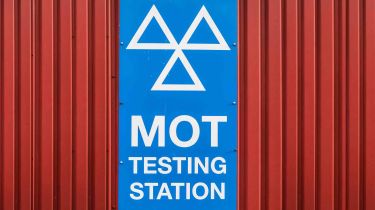 Drivers forgetting to renew their MoT on time have been fined over £35 million in the last five years, Carbuyer can reveal.

A Freedom of Information request to the 45 police forces in the UK found that since 2012 drivers have been hit with 424,316 penalties for driving without a valid MoT certificate. The typical fine for an out-of-date MoT is a £100 fixed penalty notice, which was increased from £60 in August 2013. However, fines can go up to £1,000 if taken to court.

Figures from the 36 police forces able to reply to the FoI request showed forces earn on average £7.5 million a year from MoT fines. The Driver and Vehicle Standards Agency (DVSA) shares its MoT data with the police, who in return use ANPR cameras to fine drivers with out-of-date MoTs.

West Yorkshire Police issued the highest number of penalties to drivers, with over 121,000 since 2012, with the Metropolitan Police in London in second place, handing out over 64,000 penalties.

A spokesman from West Yorkshire Police said: “Driving a vehicle without a valid MoT is taken seriously. The proactive work that our officers continue to do shows that this is an unacceptable risk and as such anyone found without a valid MoT will be dealt with positively.”

A Carbuyer poll found a third of drivers said they’d forgotten to renew their current MoT on time, with 15% leaving it over a month overdue.

The money earned from the fines is sent to HM Treasury’s consolidated fund, which the Treasury dubbed the “Government’s bank account”.

Although some dealers offer automatic MoT reminders, there’s no central system in place like there is for Vehicle Excise Duty – which sees all motorists automatically sent an annual notification when their road tax is due - although drivers in Northern Ireland get a reminder seven weeks before their MoT is due.

The DVSA recently announced it’s working on such a service for MoTs in Britain, but said when this moves out of ‘beta’ testing, it’ll likely require drivers to sign up, rather than sending notifications automatically. A DVSA spokesman said “We’re currently testing an MoT reminder service where initially vehicle owners can sign up to receive a reminder e-mail at four weeks and two weeks before their MoT is due.”

Fixed penalty notices increased from £60 to £100 in August 2013, which accounts for some disparity in total cost of fines raised in different years.