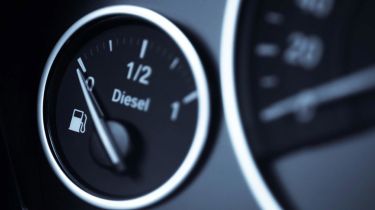 The first increase in average new-car CO2 emissions in 14 years is being blamed on uncertainty about the future of diesel cars.

In contrast, DVLA data shows that average CO2 emission had previously been falling by an average of 4.02g/km annually since 2003.

Tamzen Isacsson, communications director at the Society of Motor Manufacturers and Traders (SMMT), said: “If industry is to meet challenging CO2 targets, getting more of the latest low emission diesels onto our roads is crucial, as they can emit 20% less CO2 than the equivalent petrol models.”

She pointed to “confusion around government air-quality plans and taxation” as contributing to the diesel sales slump, warning that: ”If new diesel-car registrations continue on this negative trend, UK average new-car CO2 levels could indeed rise this year”.

A Department for Transport spokesman said: “We will seek to maintain ambitious targets and our leadership position, and will intervene firmly if not enough progress is being made.

Increases in diesel tax and the threat of road charging, or even bans, for diesel vehicles in large towns and cities are designed to reduce local air pollution, particularly nitrogen oxides and particulates. However, such policies have impacted attempts to reduce CO2 emissions.

BuyaCar.co.uk boss Austin Collins said: “Many customers are telling us that they want to avoid diesel, even if it means spending more on fuel.

“Some feel it’s best to avoid the perceived uncertainty surrounding diesel, especially with plenty of economical petrol, hybrid or electric models available; but the efficiency offered by diesel cars still makes them a good option for long-distance drivers or SUV buyers. Risk can be reduced with a finance package that protects you against a sudden drop in value, as well as by buying a newer Euro 6 emissions standard car.”