Ford's big family SUV gets a fresh look for 2018 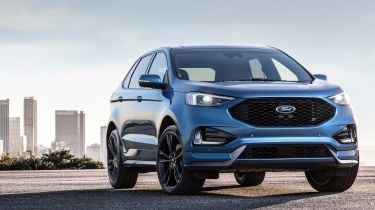 An updated version of Ford's king-size family SUV has been revealed at the 2018 Detroit Motor Show. It’s expected to reach the UK later in the year.

Reshaped headlights and a new-look grille will add distinction to the facelifted Edge, while the existing engine lineup is expected to receive tweaks to optimise performance and efficiency. Built in North America, the Edge has also been given upgraded safety technology, with post-collision braking, evasive steering assistance and adaptive control now available in the car's home country. However, it's not clear how much of that technology will make it on to UK versions of the Edge. 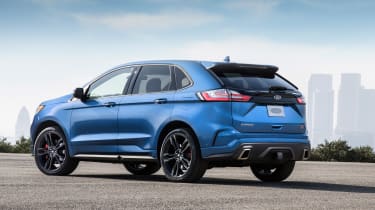 Meanwhile, a new Edge ST is set to appear on the US market only. Shown in these images, the muscular model has 335bhp and took a starring role on Ford's stand at the motor show, drawing attention with its 21-inch alloy wheels, chunky bumpers and prominent dual exhausts. The sporty ST-Line is already an established part of the UK Edge lineup, and might soon channel a little more of the ST's sporting character than before.

Elsewhere in the lineup, the Ford Edge Vignale gives buyers of Ford's largest SUV a taste of the high life, with a special grade of perforated leather upholstery inside, along with ambient lighting and a more tactile steering wheel. Adaptive LED headlamps and polished 20-inch alloy wheels add distinction outside.

The updated Ford Edge is expected in showrooms later this year. Prices aren't expected to increase dramatically, with the car currently starting at £35,195 for the Ford Edge Titanium. 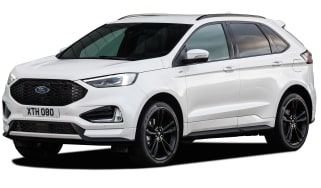