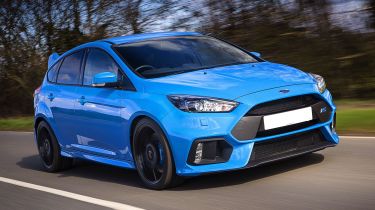 One of the advantages of buying a brand new car is being able to specify it with the newest available technology. So when Andrew Lanes, from Lincoln, ordered his Ford Focus RS, he paid an extra £465 for the latest SYNC3 infotainment system, complete with satellite navigation.

But when he took delivery in April last year, the SYNC3 sat-nav malfunctioned. Andrew told us: “On the day we collected our RS the sat-nav lost signal, and the location of the car wandered across the countryside.”

An early trip back to the dealership was duly booked, with Andrew hopeful the problem could be easily remedied. But that wasn’t the case, with Ford’s technicians at Evans Halshaw in Lincoln unable to fix the navigation system. A second and then a third trip back to the garage produced similar results, with mechanics ultimately saying there was little they could do until a software update was available.

Andrew contacted Ford UK, hoping staff might be able to shed some light on the problem, but received a similar answer. Andrew told us: “I have been in contact with Ford UK customer services on a number of occasions and got nowhere, becoming more and more frustrated in the process.” During this time, several other Ford owners told us about similar problems with their SYNC3 units, and we got in touch with Ford.

A company spokesman told us Ford  was aware of the fault, and said “map updates are next on the list of SYNC3 enhancements”. Once these are released, customers will be able to download them to a USB drive before plugging this into the SYNC3 system, although Ford dealers will be able to perform the update, too.

Ford warned us, however, that the updates wouldn't be available until early this year, leaving Andrew stranded with an inaccurate sat-nav set-up.

Andrew commented: “A big thank you for supporting me with this issue.” But he added: “How can it take Ford close to a year to develop a satellite navigation system software update?”

Other readers, interestingly, have told us their faulty SYNC3 sat-navs have been fixed with a new satellite navigation antenna.

You can find more Watchdog cases on our dedicated page.