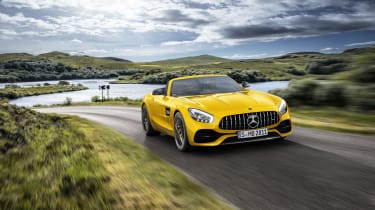 Mercedes has announced an addition to its Mercedes-AMG GT line-up of high-performance cars – the GT S Roadster. The new version will sit between the existing GT and GT C versions when it arrives later this year.

The GT S Roadster is powered by the same V8 petrol engine as other GT models, albeit with 515bhp – in contrast, the standard GT Roadster produces 469bhp, while the top-spec GT C version has 549bhp. Like all GT models, the GT S Roadster is fast: 0-62mph takes 3.8 seconds and top speed is 191mph. Key performance features fitted as standard over the base GT include an electronic limited-slip differential and adaptive dampers. 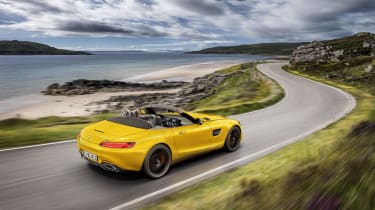 Mercedes hasn't yet announced pricing for the GT S, but it’s likely to sit fairly evenly between the two existing models in the GT range, at around £124,000. First deliveries are expected in July.