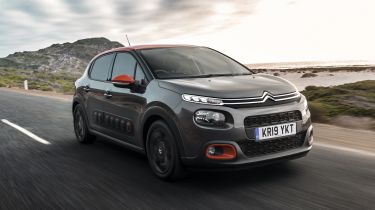 Citroen has simplified the C3 range to reflect demand in the UK for well-equipped cars. The brand has reduced the number of trim levels on offer, halving the range from six to three, and increased the level of standard equipment. The revised C3 range is available to order now. 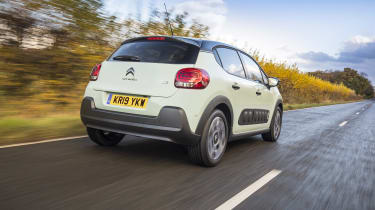 The Origins was introduced earlier in 2019 to pay homage to Citroen’s centenary and effectively becomes the mid-range model in the revised lineup. This Origins comes with a bi-tone roof, ‘Airbump’ panels and a model-specific interior. The car also features the exterior colour pack, plus bronze accents and graphics inside and out.

As well as the tweaks made to the model range, Citroen has also made some changes to the C3 itself. These include a new, more efficient alternator, drag-reducing underbody panels and new low rolling resistance tyres, which should make the C3 more economical. 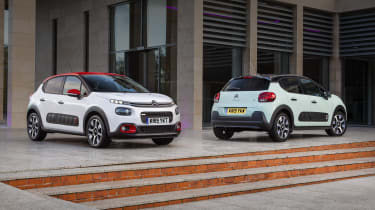 The C3 is Citroen’s best-selling model in the UK, with around 42,000 sold since its launch in January 2017. Around 62% of buyers opted for the outgoing top-spec Flair or Flair Nav Edition trim levels, which helps to explain why Citroen has made changes to the models on offer.

The updated Citroen C3 range is available to order now with deliveries scheduled for October. Prices for the Feel model with a petrol engine and manual gearbox start at £15,860, while the Origins model is £17,160 and the Flair Plus costs £20,145.

Do you want to know more about the Citroen C3 model range? Read our full reviews of the C3 hatchback and C3 Aircross SUV