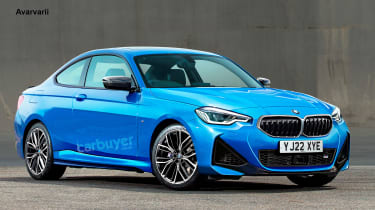 The replacement for the BMW 2 Series coupe has been spotted testing again, suggesting its launch will take place in the next few months. Unlike the 2 Series Gran Coupe and the latest BMW 1 Series, the coupe will be rear-wheel drive and have exclusive styling tweaks. You’ll be able to buy the new car in 2021, with prices likely to start from around £30,000.

The new 2 Series has been spotted testing already, giving us a basis for our exclusive image of how the final car might look. The grilles will be wider than before but won’t be as garish as those on the new 4 Series. It looks like the 2 Series coupe won’t have the same headlights as the four-door Gran Coupe, instead having its own distinctive versions to mark it out from the Gran Coupe and the 2 Series MPVs.

A new front bumper is likely to be influenced by the BMW X2 SUV and the bonnet looks to be longer than before. Meanwhile, the rear end will see changes to the lights, bumper and bodywork to keep the 2 Series fresh.

While the latest BMW 1 Series has moved to front-wheel drive, using the same platform as the MINI Hatchback and Clubman estate, the 2 Series will remain as rear-wheel drive - thanks to a heavily modified version of the BMW 3 Series’ platform. Not even the four-door BMW 2 Series Gran Coupe has rear-wheel drive, so the 2 Series coupe and convertible will hold particular appeal for driving enthusiasts.

Engines will be shared with the 1 Series, with two petrol and diesel options set to be available. A faster version, likely badged M235i, will use a 302bhp 2.0-litre petrol engine and could also have BMW’s xDrive four-wheel drive system - like the BMW M135i hot hatch.

There’ll be a new BMW M2 coupe at the top of the range, which is set to use a six-cylinder twin-turbocharged 3.0-litre petrol engine borrowed from the BMW X3 M Competition. The standard M2 is likely to have slightly less power and a manual gearbox, while the range-topping Competition model could have around 420bhp to compete with the Mercedes-AMG A 45 and the upcoming Audi RS3. The Competition version is likely to be auto-only, and will be the only version available to UK buyers. 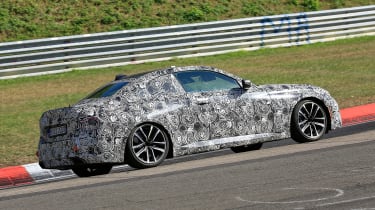 The interior will almost certainly be shared with the 1 Series, so entry-level cars will get an 8.8-inch touchscreen, LED headlights and smartphone mirroring. Higher-spec models will feature a 10.25-inch screen and a digital instrument cluster of the same size; M Sport cars will get firmer suspension, larger ‘M’ branded brakes and bigger alloy wheels.

Read our review of the current BMW 2 Series or see how it compares to the Audi TT and Toyota GT86. 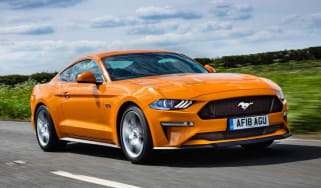 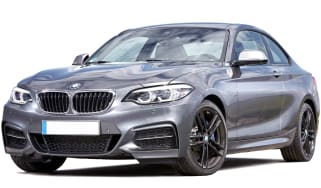