Practicality is something the Renault Grand Scenic delivers by the bucketload 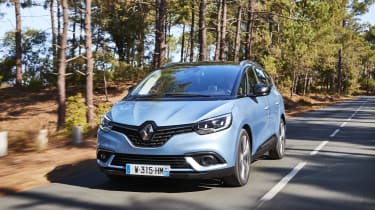 In order to succeed as an MPV, a car has to be practical, and the new Grand Scenic definitely delivers in this regard. There’s plenty of space inside and three children can fit comfortably across the second row of seats (although there are only ISOFIX child-seat mounts on the outer two). There are also cubbies and storage bins dotted all over the place. 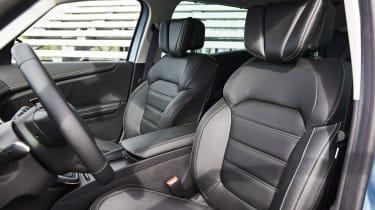 You can slide the second row of seats forward and back to optimise legroom or boot space as needed, while the third-row seats folds flat into the boot floor. While there’s enough space in them for children to sit comfortably, adults wouldn’t want to occupy the back row for anything but a short journey.

True, that is the case for just about all small seven-seat MPVs, although it’s a touch tighter than the Citroen Grand C4 Picasso back there. Choose the Signature model, and there's a one-touch seat-folding system, which can drop the rear five seats down flat at the touch of a button.

Getting in the back isn’t as easy as some rivals, either, with a somewhat awkwardly-shaped door opening, but you can slide the second row of seats forward to make it simpler to get in and out.

With all seven seats up, boot space is rather pokey, but in five-seat configuration, you get up to 596 litres of space, which extends to almost van-like proportions with them all down. Although this doesn’t give the new Grand Scenic the most spacious boot in the class, it’s still close to the competition. 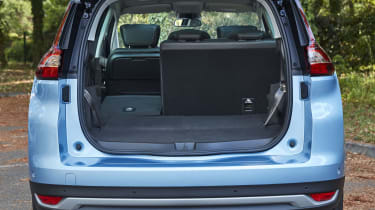 The boot is flat and square with a low loading lip, so you can slide heavy items in and out. With all five of the back seats down, you get absolutely loads of space and it’ll be perfect for trips to the dump – or even moving house.