"The old shape Astra is a fantastic car and despite being on sale for six years, still looks great today" 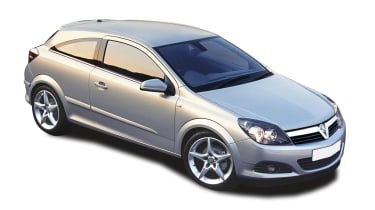 This shape of Astra has been on sale since 2004 and throughout that time there's been a good range of engines available. At the moment, buyers can only choose between 1.6-litre and 1.8-litre turbocharged petrol engines, which are both fantastic, but second-hand buyers will find a choice of 1.7-litre and 1.9-litre diesels which are efficient but quite noisy. Reliability has proved to be excellent and the sporty styling and engaging drive is still just as appealing today as it was six years ago.

The turbocharged petrol engines are expensive to run especially the 2.0-litre unit. The 1.6-litre engine is arguably the best for balancing performance and running costs, with a 0-62mph of 7.7 seconds and combined fuel economy of 36.7mpg. If you're looking to minimise running costs then it might be worth looking for a second-hand diesel Sport Hatch with the best of the bunch is the 1.7-litre CDTi ecoFLEX model which claims CO2 emissions of just 119g/km and manages an impressive 63.2mpg.

Sporty handling and a solid line-up of engines

There's a pretty solid line-up of engines in the Astra, which have seen subtle updates since the car went on sale in 2004. The 1.6 turbocharged engine is quick and allows the Astra to accelerate to 62mph in 7.7 seconds. There's also a 1.8-litre turbocharged engine which provides extra pace, but it doesn't feel too much quicker than the less powerful 1.6-litre engine. The Astra VXR is the range-topper and is powered by a 2.0-litre turbocharged engine with 240bhp, a huge amount for a car this size. All models handle well, with plenty of grip and an impressive ability to take a corner at high speeds. Opt for an SRi model and the Astra will be fitted with a switch to tweak the suspension, steering and throttle response for comfort, or sportiness.

The Astra Sport Hatch is tuned more for a sporty fun drive than for comfort. That's not to say it's particularly uncomfortable, but there's a harshness to the ride that you don't find on the five door Astra. All of the engines are extremely quiet and won't intrude into the cabin too much. In the past diesel Sport Hatch Astras have been sold and these aren't particularly good and sound rattly on start up and around town. For long motorway journeys though, the noise is barely audible.

Boot could be bigger and rear passengers get limited headroom

Looking at other cars in this segment, the Astra Sport Hatch isn't particularly practical. You can fit adults in the back seat but the sloping roofline means passengers can fill slightly cramped. The boot isn't particularly spacious either, with just 312 litres. That's enough for most people's needs but it's still one of the smallest in this segment. Fold the rear seats down and there's a total of 1070 litres of boot space.

Very few problems, despite being on sale for almost six years

This Astra has been around for some time now and it's had a pretty stellar track record as far as reliability is concerned. The worst of the problems have been minor electrical faults. Safety is also top-notch, with the five-door scoring a maximum five stars in the Euro NCAP crash safety test. That's partly down to the standard fitting of six airbags, including front, side and curtain units.

Buying from new is expensive, especially considering it will be replaced in 2011

Despite a new three door Astra going on sale in 2011, Vauxhall still sell the old style model. There's not a great choice of trim levels if you buy new though. As it stands you can only choose SRi specification, which is quite expensive but does include everything you'll need, including air-conditioning, alloy wheels and a Sport switch. If you're buying second hand though, even entry-level SXi models come with plenty of standard equipment.