Drink-driving and the legal alcohol limit

We all know not to drink and drive, but what are the UK’s drink-driving laws and penalties? 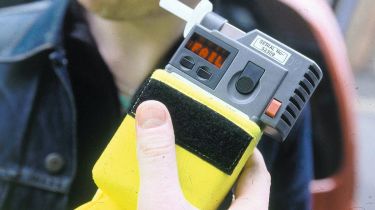 The only safe advice to give about drink-driving is that it should never be done at all. There are many other methods of making a journey if you’re planning on drinking. Either walk, take the bus or train, book a taxi or ride-sharing service, or get a lift with a non-drinking designated driver. The increased chance of injuring or even killing yourself or someone else means it simply isn’t worth the risk of getting behind the wheel after an alcoholic drink, and you’ll be given a severe penalty if you’re found to be over the limit by the police.

Even when consumed in small amounts, alcohol has been proven to impair the ability to drive. It affects your responses, resulting in longer reaction times, and can affect your vision. Between 2010 and 2016, 43,050 accidents and 1,620 deaths occurred as a result of drink-driving. Bear in mind that your ability to drive safely can still be affected the following day by alcohol in your system from the night before. Drivers often fail breathalyser tests during the day after a night’s drinking.

Despite what some people might tell you, there’s no way of knowing that you can drink any amount of alcohol and ensure you remain under the legal limit. How much will take you over the legal amount in your system depends on the alcoholic drink and what food you’ve consumed, as well as physical factors including age, weight, gender along with medical conditions and anything else in your system.

Affordable breathalysers aimed at the public can help verify the amount of alcohol in your system before stepping foot in a car, but analysis has revealed their results can be inconsistent. Consumer devices are much cheaper than the professional breathalyser units used by the police, which are much more accurate and could provide different results to home breath-testing kits.

The police can stop you and request that you undergo a breath test for a number of reasons, regardless of whether they suspect you to be over the limit. During drink-driving crackdowns, which commonly happen over the Christmas period, forces may set up random checkpoints.

If you’re involved in a crash or have been seen performing an illegal manoeuvre, you may be asked to undergo a breath test. And of course, if you’re driving erratically, the police may immediately suspect you of drink-driving.

A roadside breath test involves breathing into a breathalyser, which then delivers an instant reading. If you fail this, you’ll be taken to a police station for further tests. There, you’ll be asked for two samples using an evidential breath-testing instrument. The lower of the two readings will determine whether you’re over or under the limit.

If the machine determines you’re over the limit, you’ll be charged with drink-driving.

The penalties for drink-driving are severe. Anyone convicted of drink-driving receives a driving ban of at least 12 months, along with a fine of up to £5,000. You could also receive between three and 11 penalty points on your driving licence. A prison sentence of up to six months is also possible. The size of the penalty will depend on the severity of the offence. Being caught more than once in a 10-year period will result in a minimum three-year driving ban.

You can find more information on drink driving in England and Wales at drinkaware.co.uk, while dontriskit.info has information about the laws in Scotland.