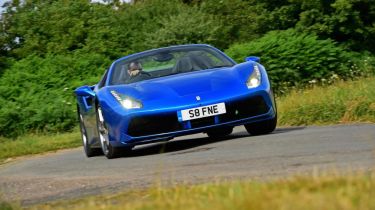 Carbuyer generally strives to avoid using too many phrases that you’re likely to need a glossary or a dictionary to understand. We're very aware, though, that there are certain words journalists love to use, even though not everybody knows what they mean.

If a review doesn't describe what a car is like to drive, it can't truly be comprehensive. This means that at some point the word 'handling' is bound to turn up. But what does this actually mean and, crucially, how important is it to you?

This isn't a silly question at all, because the actual definition of 'handling' can be tricky to pin down. It's an all-encompassing title that covers many different individual factors, so while a review that says a car handles well is obviously a compliment, it doesn't actually tell buyers anything very useful.

The word 'handling' traditionally describes the effort and sensations you'll experience when driving a car and should really be used together with another word – 'roadholding'. This means, literally, how the car holds the road. Handling and roadholding together cover every aspect of how a car's controls feel, how much effort it takes to drive and how capable it is of staying safely placed on the tarmac. 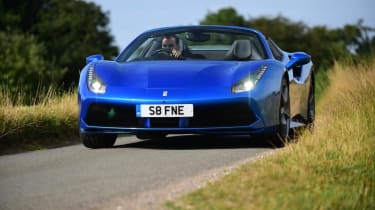 A car with handling and roadholding that are praised by the reviewer might be termed 'fun to drive', but this phrase is rather subjective. 'Good to drive' is also tricky, as it could equally mean a car offers relaxation and comfort over handling prowess – both can be enjoyable for very different reasons. And there will always be people who take great delight in the challenge of manhandling a cumbersome and unresponsive car.

Elsewhere, we have a feature that discusses what might make a car good to drive. Here, though, we aim to take the mystery out of what reviewers mean when they discuss car handling and roadholding. We'll look at all the important factors that these topics take account of, but we won't get bogged down in so much detail that your eyes glaze over.

Here’s our guide to the terms most commonly used when describing a car's handling and roadholding. 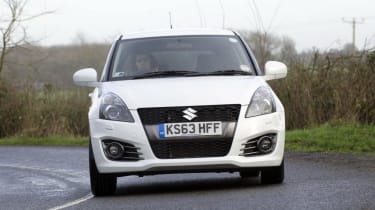 What is steering weight?

How much effort a car's steering wheel takes to turn is an important part of how a car feels. Too-light steering can make it hard to hold a straight course, while heavy steering can be tiring and may make a car seem unresponsive to your inputs. If steering is described as ‘nicely weighted’, then it's neither too light nor too heavy.

What are steering feel and feedback?

A car's steering is a mechanical link between you and the wheels, and the feel through the steering wheel can tell you a lot about how securely the tyres are gripping the road. In a well designed car, you’ll feel a force gently acting against the steering as you steer at higher speeds. This 'feedback' can tell an experienced driver if it's okay to go faster and steer harder, or that they need to slow down and steer more gently. Ideally, steering will have lots of feel and be comfortably weighted.

What is steering directness?

Imagine a go-kart. Here, the steering wheel is connected to the wheels by a solid rod – the most direct steering it's possible to have. Passenger cars, though, use a system of gears to make steering easier to turn. Moving the wheel from fully left to fully right can take several complete turns, but on a car with nice, direct steering, you should feel a change of course with only a slight movement of the steering wheel.

Steering responsiveness combines steering weight and directness. Responsive steering will react immediately to your inputs, with the car obediently acknowledging any deliberate movement of the wheel. This can also improve how the car feels; responsive, feelsome steering will give you a real sense of confidence when driving the car on challenging road.

The brakes are arguably even more important than the steering when it comes to keeping a car in control. These days, with power-assisted braking systems, brake feel is a rather less distinct than it once was, but the two desirable characteristics of responsiveness and progressiveness remain all-important. Responsiveness is where you want the car to respond immediately to the effort you put into the brake pedal; progressiveness refers to how you want the car to slow gradually with light brake pressure, or rapidly if you push the brakes really hard. Progressive brakes won't suddenly ‘snatch’ when you don't expect them to. 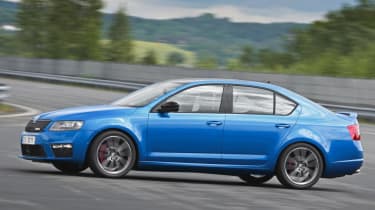 The way a car's suspension is set up is determined by how heavy it is and how its designers expect it to be driven. 'Sporty' suspension usually has stiff springs that are designed to prevent the car from bouncing after the shock of a bump in the road, but can give a jiggly, uncomfortable ride. Soft springs will cushion bumps more effectively, but too much softness can cause a slow bouncing phenomenon that can lead to nausea and fatigue. A well designed suspension system will strike a good balance between the two.

What is body lean?

A car's suspension system is designed partly to give passengers a comfortable ride, but mostly to make sure that all four wheels stay in contact with the road when they need to. Physics dictates that a car often won't stay perfectly upright when cornering, and the angle of lean is usually greater in tall, softly-sprung cars. If a car leans only slightly in a bend, the suspension is controlling the body well. The heavier or taller a car, the stiffer the springs need to be to reduce this leaning motion – and this may have an effect on ride comfort. 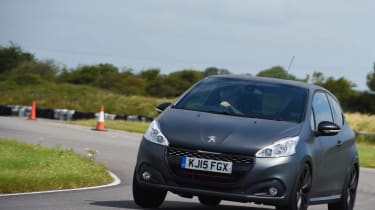 This roadholding term describes just how well the car remains stuck to the road in corners. Imagine you're on a rollercoaster. The forces you experience on a white-knuckle ride are an exaggerated version of those you experience when cornering quickly in your car. Your tyres and suspension work together to help the car 'grip' the road – the more 'grip' you have, the higher the cornering forces your car can withstand before you risk sliding off the road.

This describes the phenomenon of a car ploughing straight on when you're steering hard to the left or right, usually at higher speeds. It's a sign that the car has exceeded its capacity to grip the road. When understeer occurs, easing off the accelerator will usually lessen the effect and bring the car back on course. The majority of modern cars will naturally understeer; it's a benign characteristic that can be avoided by correctly judging your cornering speed. However, applying the brakes or lifting off the accelerator abruptly while cornering heavily could cause understeer to turn into oversteer – as described next. 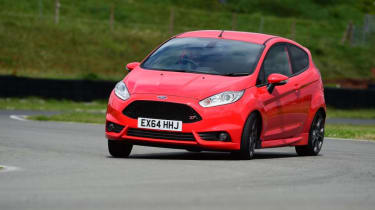 This describes what happens when the rear tyres have a less firm grip on the road than those at the front when cornering, causing the rear of the car to sway out of line and potentially cause a spin. Modern cars are designed to minimise the risk of this occurring – although enthusiastic drivers often praise cars that can be provoked into controllable oversteer. Although a car prone to unexpected oversteer would be described as having poor roadholding, the ability for deliberate oversteer to be easily controlled is regarded as a positive handling attribute.

A car's engine is usually its heaviest component and most most models these days have theirs mounted at the front. Some manufacturers take pains to ensure that other heavy components are distributed in such a way that the car's weight is spread evenly between the front and rear tyres, which is seen as beneficial to handling and roadholding. A car with more weight towards the front will be prone to understeer, while a car with a rearward weight bias will be more likely to oversteer.

If a car begins to understeer or oversteer only when very heavily provoked, and does so in a manner that's easily rectified, it can be termed as having ‘predictable’ or ‘safe’ roadholding. When the phrase 'predictable handling' is used, it usually refers to the ease with which oversteer or understeer can be overcome and the car brought back on course.