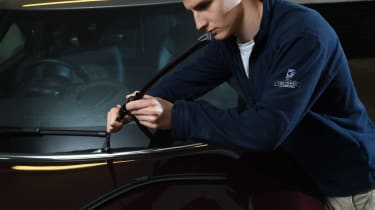 With the weather as changable as it is in Britain, drivers need a reliable set of wipers that can keep up. Often, it’s not until adverse conditions arise or the sun dips in the sky that you suddenly realise your vision is badly compromised, so fitting quality wipers regularly is crucial for safety.

A well designed and engineered set will shift grime, water and even light frost from your windscreen very effectively. Those at the opposite end of the spectrum may look nearly identical, but the mess of smears they can leave certainly won’t be. This improvement can be even more marked at night, when any water or debris on the screen can increase glare and reduce visibility.

It’s worth shopping for new blades as soon as you spot a reduction in performance to ensure you can always drive safely in any weather. There’s plenty of choice and a wide range of fitment options for all makes and models, so even drivers of older models can often upgrade to the latest flat blade technology.

As well as concentrating on the cleaning power of the wiper blades on test, we also measured the noise generated by switching them on in the dry. We also looked at how easy they were to fit and the price from online stores.

The Bosch Aerotwin is a real favourite, combining an excellent wiping action with easy fitment.

Read on for our list of the best wiper blades…

The Bosch Aerotwin continues to impress in every area. Firstly, it was one of the easiest replacement blades to fit, with a single adaptor allowing it to be clipped on in seconds. Some of the others took minutes of fiddling with different adaptors to find which suited the car. It was very quiet during our noise test and its performance when dispersing water couldn’t be beaten. It left no smears, even when faced with a deluge of water. 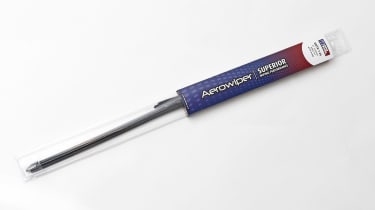 With a single adaptor, the Aerowiper blades were very quickly slotted in place. And with a dual rubber compound, they also provided a good contact with the glass, effectively clearing a deluge of water and leaving no smears. They also proved fairly quiet in the wet and dry, making this a superb pick for anyone looking to save money compared with the top brands. 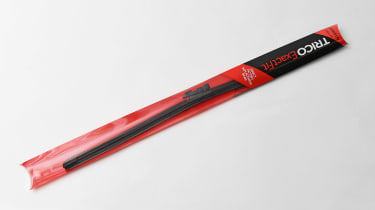 Like our test winner, the Trico ExactFit blades are a doddle to install, with just a single adaptor and a push-fit that clicks into place. The jointless structure looks neat and helped the flat blade put in a good performance in our tests. It cleared almost all of the water without fuss, leaving just a few spots and marks on the screen. We had no complaints with any untoward noises either – but the Michelin was quieter still.

It might seem like a dramatic name for a wiper, but the Michelin Stealth Hybrid backed up its bold claims by being far quieter than any of its rivals. It’s a hybrid, because it combines the aerodynamics of a flat blade with the flexibility of a conventional frame. It was the heaviest set of blades we tested, but this weight seemed to help it wipe very well, clearing the screen and leaving no annoying smears. It was a bit trickier to install, though, with six adaptors included. 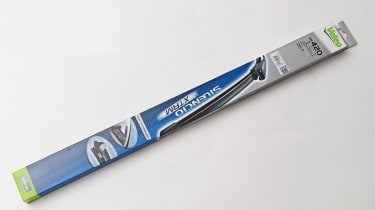 Despite the clear instructions provided, we found these Valeos rather tricky to fit. They live up to their name, however, with very little noise – but still more than the Michelin. They were also held back in the rain tests, because the wiping action left small smears on the driver’s side of the windscreen. 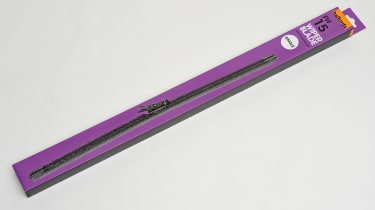 In previous tests we’ve found various Halfords wipers lacking, but the FW15s proved very capable. It was easy to fit with its single adaptor that clicks smoothly in place, and the instructions were clear. There wasn’t excessive noise while using them, but the FW15s also weren’t as silent as the best rivals here. Water dispersion was good, too, with a clear sweep and only very thin lines of water left behind. They're pricey though, which held them back. 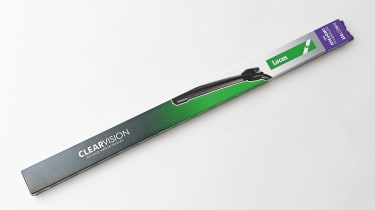 The Lucas was simplicity itself to fit, with just one adaptor that easily slots in place. The blades proved a bit noisier than its rivals from Champion, which could be down to their bulkier size. We also found they left lines at the top of the wiper area, along with a smear in the middle of the screen.