Night driving safety can be transformed with better headlight bulbs. We’ve narrowed down the best bulbs worth upgrading to 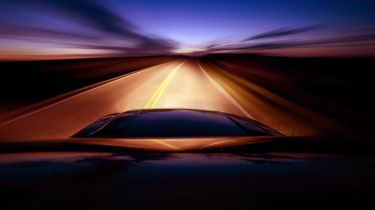 Never underestimate the importance of a good-quality light bulb. The extra brightness that’s offered by the best could help you spot potential hazards sooner when driving at night or in poor weather, buying you extra time to take avoiding action.

Some headlight bulb manufacturers say their products could give up to 150% more light than standard bulbs. To find out, we used a special testing facility in Budapest, Hungary.

Each of the bulbs we tested were double-filament H4s, which provide dipped and main-beam functions in one, in a Nissan headlamp. We stuck to our formula using light measurements at distances of 50 and 75 metres, but these both depend on alignment. We measured the amount of light that was more than 20 lumens to get a rating independent of alignment, plus the brightest spot.

The results were converted to percentages to accurately reflect the differences between each bulb. The winner scored 100%, while the rest received percentages relative to our top performer.

Our results are based on an average of two bulbs, bought or picked from multiple packs.

Importantly, we also ensured the maximum light output was within EC regulations. The prices below are from online sources, although as headlamps are important safety features, cost formed a smaller part of our assessments. 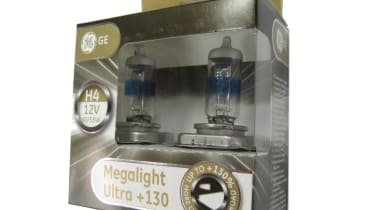 Our best buy, the GE Megalight Ultra +130, topped all of our tests, and by a clear margin in our 50 and 75-metre test. It was closer in the overall brightness of the beam with the second-placed Bosch Gigalight Plus 120. The Ring Xenon150 ran it closest when it came to the brightest spot within the beam. The GE’s light hot spot was significantly wider than rivals on the light tunnel wall. 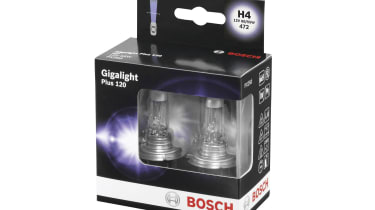 The Bosch Gigalight Plus 120 was outscored by the GE bulb in all of our tests, but its second place was secured by the large and accurately control spread of light across the road. It looked less bright than the best here to the naked eye, which was reflected in our testing of the brightest spot. It clawed back ground by finishing near the top in our 50 and 75-metre tests. 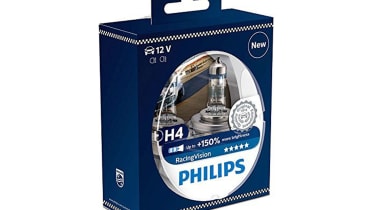 One of the two Philips RacingVision bulbs we tested was right on the legal limit in our photometry test (the measurement of perceived brightness). That was reflected in our 50 and 75-metre tests, where it was only pipped by the class-winning GE Megalight. The Philips bulbs were podium finishers in our other two tests. 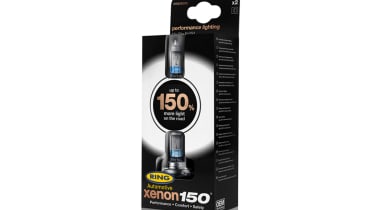 The GE-made Ring Xenon150 promises 150% more light than standard bulbs without any loss in durability. Its scores were very close to the Philips RacingVision, but the Ring was slightly brighter. The Ring’s performance suffered slightly because one bulb was being a fair bit better than the other. 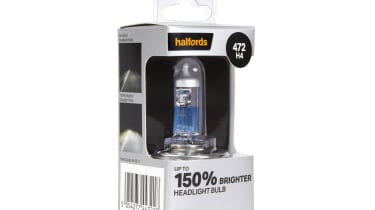 Although the Halfords +150% Brighter bulbs claim, as their name suggests, a 150% increase in brightness, the differences in performance of each bulb did it no favours. The difference could be seen with the naked eye in the light tunnel where one hot spot was bigger than the other. That was reflected in the beam assessment, although peak brightness was more consistent – although no match for the best here. It was better in our 50 and 75-metre tests, though.