The petrol engine’s days are numbered. We ask the lobby groups what this means for our cars 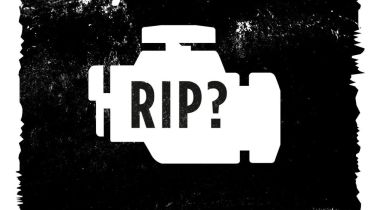 It seems increasingly likely that within the next 20-30 years, it will become illegal to sell new vehicles in the UK that rely solely on petrol or diesel power. This announcement of the wholesale electrification of personal transport is a stark reminder that the UK is on a one-way street to a carbon-free future.

Few deny that the road to cleaner air and renewable energy is the only one open if we are to protect the future of humanity and its environment, but the realities, logistics and practicalities of accommodating such an all-encompassing change are anything but straightforward. The questions and fears raised by the enforced switch to hybrids and pure electric vehicles are complex and far-reaching, and the historic car movement faces its own concerns not debated in the mainstream media. We outline them here:

How will the move away from fossil fuels affect us? Will petrol and diesel still be available – in a blend that suits our vehicles – in decades to come? If it is, will forecourt prices rocket to reflect the reduced demand? Will filling stations gradually disappear?

As the rest of the automotive world embraces autonomous driving technology, for how long will we be permitted to self-pilot our relics in a sea of computers on wheels? Will legislation and practicalities force our machines to become immobile works of art, redolent of times gone by but never again to turn a wheel under their own steam?

What effect would this have on values? Exotica such as a Ferrari 250 GTO or a Brough Superior will always attract collectors and find space in upmarket galleries; many such machines are never driven or ridden anyway. But what will happen to the classics that make up the bulk of the historics movement, vehicles currently valued for the ownership pleasure they give rather any serious investment opportunity? Classics heading for the crusher: it’s a chilling thought.

As the generation currently enthused by such vehicles dies out, will the impetus for preservation of historic vehicles diminish? Our digital-savvy successors mostly don’t share our love of motoring, although there are some encouraging signs of interest and skills-learning among a younger generation reacting against the pull of the virtual, online world. But it’s a fragile trend.

We put these concerns to Geoff Lancaster of the Federation of British Historic Vehicle Clubs (FBHVC) and, with other countries having made similar announcements, to Gautam Sen of the Fédération Internationale des Véhicules Anciens (FIVA, the overall watchdog). Their replies were upbeat but short on specifics. This is the FBHVC’s response:

‘There has been a great deal of press coverage following the publication of the Government’s strategy for restoring legal compliance in a number of high-load air pollution areas, primarily in inner cities. The report itself is very comprehensive in its analysis of the problem, and the Government is to be congratulated for grasping the nettle and proposing a range of initiatives to reduce the levels of pollutants, particularly NOx, to acceptable levels.

‘Understandably, press coverage has concentrated on a small part of the report relating to the target of cessation of production of internal combustion engines by 2040. Indeed, you could be forgiven for believing that most of the reportage was carried out without actually reading the full report.

‘One thing is certain, the world is going to change; it already is and it always has. We are certainly not going to criticise a government that is prepared to think this far ahead and thus try to manage that change to the advantage of the country and all its citizens.

‘As the representative in the UK of the historic vehicle movement, we have been actively engaged already in this debate. In respect of the moves already taking place in some cities regarding Low Emission zones (LEZs) and, in the case of London, Ultra Low Emission Zones (ULEZs), we have established the principle that due to their very low impact on total emissions levels, and bearing in mind their heritage and cultural value, historic vehicles are to be exempt from these measures.

‘We shall continue to represent the 255,000 users of historic vehicles and our objective remains as it has always been: to preserve the right of our members to use their historic vehicles on the public highway.’

FIVA echoed FBHVC’s response, and added that FIVA is pressing all governments to adopt the following approaches:

A word from Sir Greg Knight

‘Historic vehicle owners need not be queuing up to sell their pride and joy,’ he said. ‘I regard the Government announcement as an ambitious aspiration which may or may not be delivered in the timescale mentioned – and more likely not.

‘Whilst it is admirable to pursue the aim of seeing only zero-pollution vehicles on our roads, it is necessary to also take along public opinion. Any democratic Government that gets too far ahead of public opinion becomes a missionary at its own risk.

‘Even if new petrol cars are banned from being sold from 2040, it would be at least another 15 years before they could be phased out and then only if that was acceptable to the public. Any Party that proposes a ban without public support is, quite frankly, doomed to serve only in opposition.

‘Classic and historic cars only make up approximately 0.7% of all registered vehicles, so their contribution to air pollution is barely measurable. I would therefore expect any Government to exempt them from a blanket ban on the use of petrol or diesel vehicles.

So it need not be the end of the road for classics. Future enthusiasts will need to get their motoring fix from somewhere, once they can no longer turn to their local new-car showroom. It’s an opportunity for carmakers and classic vehicle companies to embrace the ‘heritage driving experience’ with the chance to re-live the glories of the internal combustion engine. Events such as the Silverstone Classic and Goodwood Revival could grow yet larger.

It’s worth remembering, too, that the Government has traditionally been very supportive of classic cars and the lucrative industry behind them, estimated to be worth £5.5bn. Whitehall is unlikely to turn its back on a movement which provides a strong sense of heritage and history, and which appeals to tourists in such a major way. Pressing questions, however, remain unanswered.