The Honda Civic Type R is reasonably economical, but insurance will be expensive

The Honda Civic Type R’s performance is matched with surprisingly decent fuel economy, so it won’t cost the earth to run. Most modern hot hatchbacks are now pretty close to the rest of their range in this respect and the fact that the Civic Type R is only available with a manual gearbox also helps.

Honda will be offering the Type R on finance, promising a monthly payment of £300 after a 30% initial deposit.

Given the huge amount of power on tap in the Civic Type R, it’s fair to say that fuel economy won’t be class-leading. Honda says the 2.0-litre turbocharged VTEC engine is capable of 38.7mpg and CO2 emissions stand at 170g/km, so road tax costs £205 a year. The Renaultsport Megane Coupe 275 Cup-S achieves a comparable 37.7mpg, while the SEAT Leon Cupra 290 can hit 42.8mpg. 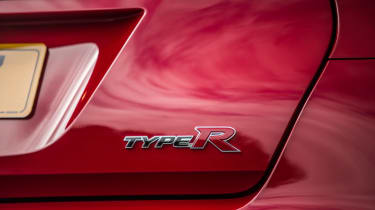 Hot hatchbacks are never be cheap to insure, and it's likely the Civic Type R is no different. No official data has bee released regarding insurance, but expect the rating to be high.

Honda provides a three-year/90,000-mile warranty on all of its models. Extended warranties are available for an extra fee and they include full UK and European breakdown cover and the use of only genuine Honda parts. The extended warranty can last one, two or three years.

Honda charges £215 for the Type R’s first service. Further services will be more expensive than the rest of the model range due to the extra performance parts fitted to this model.