The Alfa Romeo Giulietta isn't as safe as newer models, but it should prove fairly reliable

Like Skoda, Alfa Romeo has managed to shrug off past image problems. A reputation for poor reliability used to dog the brand, but it has made great strides in recent years to improve this. The Alfa Romeo Giulietta put in an average (at best) performance in our 2016 Driver Power customer satisfaction survey, though.

Alfa Romeo has in the past had a poor reputation for reliability, but in the last year or two it’s performed pretty well in our annual Driver Power customer satisfaction surveys. In 2020, the brand came ninth out of 30 manufacturers (above the likes of Mercedes, Volvo and Hyundai), although that’s a drop from its second-place finish in 2018.

As a model, the Giulietta came 94th out of 150 cars in our 2016 Driver Power poll and hasn’t appeared since. A disappointing 103rd-place finish for reliability and a poor 133rd-place result for build quality may give some potential customers pause for thought. Still, the Giulietta placed 18th for performance, no doubt thanks to its punchy engines. 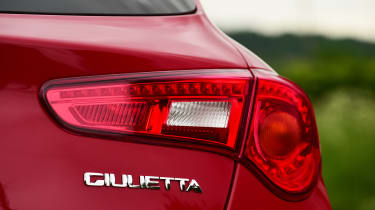 The Giulietta was crash-tested in 2010 by Euro NCAP and was awarded the full five-star rating. However, the story doesn't end there, because in a move to highlight the differences between brand new models and older ones, Euro NCAP subjected the Giulietta to its tests again in 2017. Because the test is now far more stringent, the Giulietta's result slipped to three stars. It was particularly held back in the Safety Assist category (scoring just 25%) because it lacks some of the active safety systems (such as automatic emergency braking) that more modern rivals offer. But it does have a full complement of six airbags (driver, passenger, front side and window), seatbelt warning buzzers, an immobiliser, central locking and electronic stability control.