No crash-test data, but the Aston Martin DB11 should be very safe 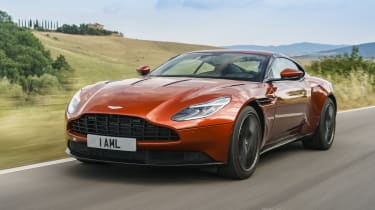 With the Aston Martin DB11 sharing virtually nothing with its DB9 predecessor, it’s hard to predict how robust it’ll be. Reassuringly, the basis of the new 5.2-litre engine is actually a development of age-old Aston technology – at least on paper – and huge amounts of money have been invested in the car’s development programme.

Important components are of the highest quality and come from the finest brands – the electronics are Mercedes-sourced and the eight-speed gearbox is from transmission specialist ZF.

Our annual Driver Power satisfaction survey has yet to attract enough Aston Martin owners to participate in our research, so as yet we can’t rate any of the marque’s cars for reliability or overall owner happiness. We do know that the car’s DB9 predecessor had a reputation for electrical niggles during its first few years, although these were ironed out as production continued. 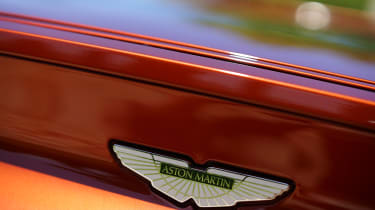 There’s little likelihood of the DB11 undergoing Euro NCAP independent crash-testing due to low sales numbers compared to mainstream cars. However, the DB11 is equipped with all the safety features necessary to back up its monstrous performance potential, including six airbags and a stability control system that can be set to allow just a little bit of exuberance before bringing you into line.

Serious driving enthusiasts will be relieved to find the system can be deactivated entirely if you wish, while powerful brakes ensure excess speed can be scrubbed off effectively time and time again. Mercedes has also lent its adaptive cruise control and lane-departure warning systems to help with safe motorway cruising.