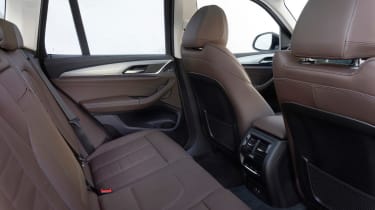 If there are concerns the iX3 is compromised compared with the regular model, fear not. It's virtually as usable for a family of five as the petrol or diesel car, and the boot is actually larger than the one in the plug-in hybrid BMW X3.

There's plenty of space for adults in the front and back of the iX3 to stretch out, with the battery placed out of the way beneath the car's floor. In reality, most won't need the extra space found in the larger BMW X5 but there's no option of a third row of seats to make the iX3 into a seven seater. 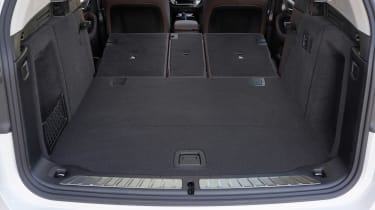 The iX3 has a 510-litre boot, which is 40 litres smaller than the petrol and diesel BMW X3 offer. In reality, most will be hard pressed to tell the difference, and surprisingly this is 60 litres more than the plug-in hybrid version of the X3 offers. The electric motor and transmission featured here is actually more compact than in the PHEV, so takes up less space.