The BMW 7 Series is a hugely complex car, but a decent manufacturer's warranty should allay many fears. It's also laden with safety technology. 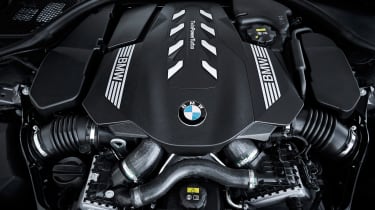 It can be daunting buying a car with as much technology and equipment as the 7 Series, but it’s covered by an unlimited-mileage warranty for the first three years. Because this model is essentially a thorough facelift of the previous version, a lot of the new model's underpinnings have also been tried and tested.

Its smaller sibling, the 5 Series, came 40th in our top 100 cars rated by owners in the 2020 Driver Power satisfaction survey. It seems that BMW owners aren’t happy with the running costs, which include high insurance premiums and servicing bills. Surprisingly, BMWs are getting worse than average reviews in the ride and handling and acceleration categories.

While it's unlikely to be tested by Euro NCAP because of its status as a luxury car sold in small numbers, we'd be amazed if the 7 Series didn't get a five-star result. After all, it's BMW's flagship saloon and a showcase for the brand’s latest safety technology. That includes myriad systems to help warn you of, and even help avoid accidents.