You’ll probably associate hybrid cars with the Toyota Prius because it was one of the very first mainstream hybrids back in the late 1990s - and the subsequent models moved the game on again. These days, the Prius has been replaced by family hatches and SUVs, while other manufacturers have developed their own hybrid powertrain technology in an effort to cut harmful tailpipe emissions.

In our list you’ll find plug-in hybrid models with battery packs of varying sizes, including many with an electric driving range of more than 30 miles. You’ll also find ‘self-charging’ hybrids, with electric motors that step in for short bursts to increase the petrol engine's efficiency. Thanks to a smaller battery and electric motor, self-charging hybrids are also more affordable to buy or lease. 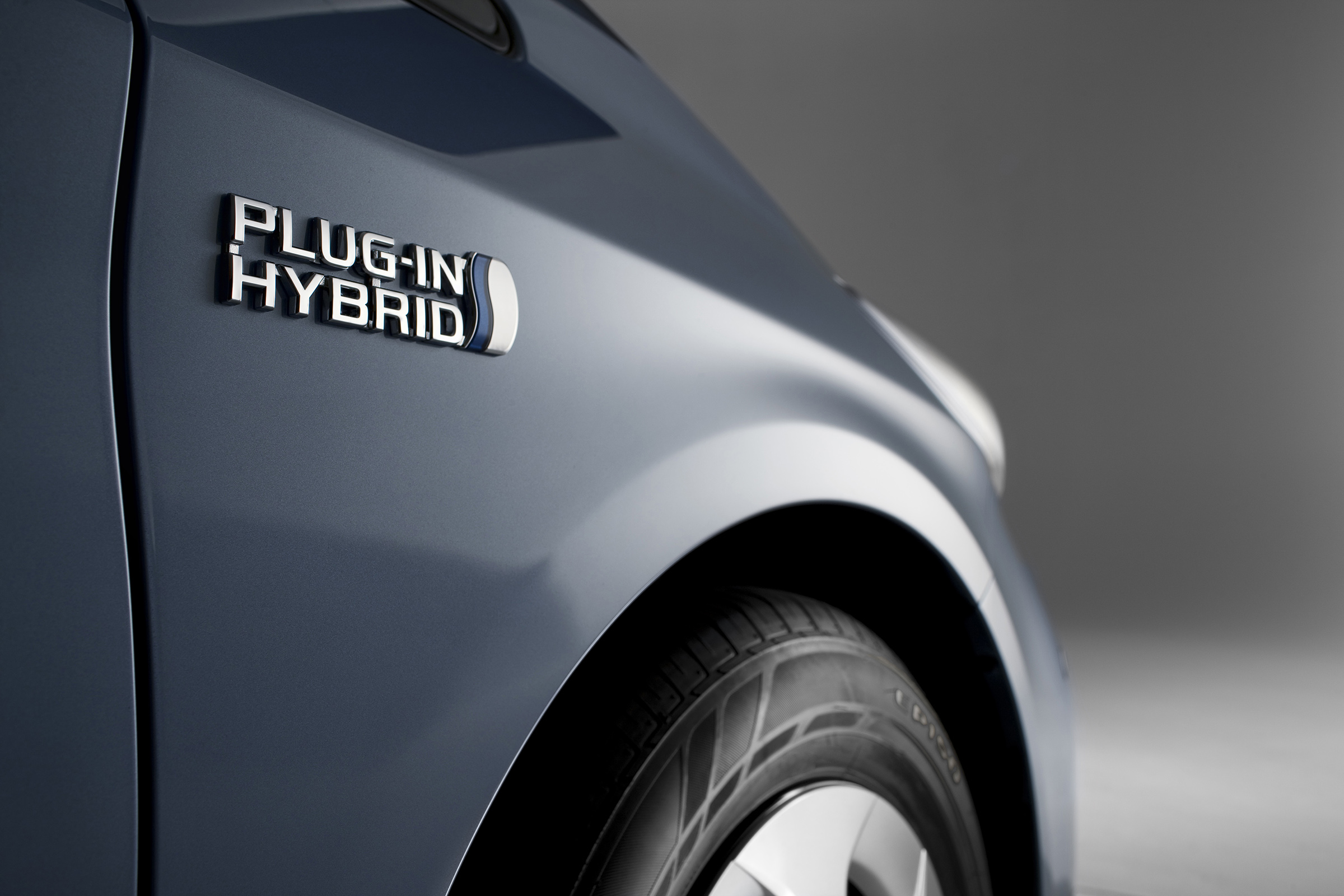 Also available are plug-in hybrids (PHEVs), which manage a reasonable distance on electric power alone, and their bigger batteries need to be recharged from a socket. Mild-hybrid engines are also becoming increasingly popular, which are able to recuperate and reuse wasted energy under braking. This isn’t usually enough to propel the car, but a small electric motor can take some strain off the combustion engine.

So which type of hybrid is best? That depends on your driving habits and budget, but all should save you money compared with a petrol or diesel model and tend to be less polluting. Check out our roundups of the best hybrid SUVs, best hybrid estate cars and the best hybrid and electric sports cars, or visit our guide to the best electric-only cars.

Below is our list of the best hybrid cars overall you can buy today. As you may notice, some of our entries are not in Carbuyer score order; this is because we are only considering the hybrid examples of each model – not the car overall. Therefore, a car with a high overall rating may not appear on this list if we don’t regard the hybrid version as highly.

So, with that in mind: read on to see our top picks…

Among an array of similar looking SUVs and crossovers, the bold styling of the Hyundai Tucson is a breath of fresh air. From the nose of the car, where the headlights are integrated into the grille, to the aluminium trim pieces on the D-pillar and the sculpted wheelarches - giving it a very distinctive look when compared to rivals.

It also matches rivals for economy with low running costs, too. Power comes from a 227bhp 1.6-litre petrol engine which is mated to a small electric motor fed by a small battery. This gives the Tucson the ability to run on electric power for short distances, while the electric motor assists the petrol engine to get you moving, meaning it can return fuel economy of around 50mpg.

The plus points for the Tucson don’t end there, either. Inside, it features a plethora of standard kit such as a 10.25-inch touchscreen with Apple CarPlay and Android Auto, dual-zone automatic air conditioning and auto-emergency braking. Practicality is excellent, with a 616-litre boot. It also gets a comprehensive five-year, unlimited mileage warranty to give peace of mind.

Toyota realises that not everyone who wants a hybrid wants a Prius, so it’s taken the (now discontinued) Prius’ drivetrain and put it in a sharply styled family hatchback. The Corolla nameplate has returned, with a spacious estate and a four-door saloon too, and every model now comes with hybrid badges.

The Kia Sportage is mechanically very similar to the award-winning Hyundai Tucson; and if you thought that had bold styling, wait ‘till you see Kia’s offering. The Sportage adopts a unique, angular design with boomerang-shaped LED daytime running lights that is unlike most SUVs you’ll see in the supermarket car park. On the inside, Kia has given the Sportage the same cutting-edge infotainment system as the EV6 electric car. This utilises a dual-screen setup and is available on mid-spec ‘3’ trim and above. However, all cars have access to standard equipment such as LED headlights, DAB radio and a reversing camera.

While the Sportage is available with a variety of petrol, diesel and plug-in hybrid powertrains, the traditional 1.6-litre hybrid is the pick of the bunch. Available on all trims except the entry-level Sportage ‘2’, it produces 227bhp and can manage 0-62mph in just 7.7 seconds – a modicum quicker than the equivalent Tucson. Yet, just like the Hyundai, the Sportage hybrid is economical too, returning up to 49.6mpg and just 129g/km of CO2.

Lexus has been behind the curve in terms of technology for the past few years and at a glance, it looks like Lexus haven’t changed much with the supposedly ‘all-new’ NX. Thankfully, while the changes to the already striking exterior are subtle, the biggest differences come on the inside where the NX boasts Lexus’ latest infotainment system. This includes a slick new 14-inch touchscreen with digitised physical climate control dials. The rest of the interior reaffirms Lexus’ benchmark for high-quality materials and the spacious 521-litre boot is larger than offerings from BMW and Mercedes.

The NX shares its underpinnings with the less-expensive Toyota RAV4 and is only available as a traditional or plug-in hybrid. The traditional hybrid is the better value of the two, with the plug-in costing over £10,000 more. NX hybrid models use a 2.5-litre petrol engine, mated to two electric motors. These can get the NX from 0-62mph in a brisk 7.7 seconds and will achieve economy figures of up to 47.9mpg and 133-146g/km of CO2.

The Renault Clio may not be the first car that jumps to mind when you think ‘hybrid’, but this French supermini has recently received a new E-Tech hybrid powertrain that makes it one of the most economical small cars you can buy. Top-spec Clio models boast a Tesla-style portrait infotainment screen, and every version benefits from a high quality interior with LED headlights, cruise control and Apple CarPlay and Android Auto functionality as standard.

The Clio E-Tech is a touch more expensive than the entry-level petrol. However, you can brag to your friends that it utilises much of the same technology as a Formula One car. The F1-derived clutchless automatic gearbox allows the Clio to drive in fully-electric mode at speeds of up to 40mph before the combustion engine kicks in and can manage a frugal 64.2mpg.

The latest Ford Kuga was a return to form for the ‘blue oval’ as, while the previous-generation model was still a great family SUV, it was lacking the brand’s trademark driving experience. Thankfully, this new model brings engagement in spades and is much more fun to drive than you’d expect of an SUV. All Kuga models are well-equipped with standard features such as an eight-inch SYNC 3 touchscreen, wireless phone charging and keyless start; plus the sliding rear seats allow for up to 526 litres of boot space.

Ford offers the Kuga with a fun, yet frugal 1.5-litre Ecoboost engine with 148bhp. However, if this just won’t cut it – the 187bhp 2.5-litre hybrid offers even greater power and economy. This comes with an eight-speed CVT automatic gearbox as standard and can return up to 52.3mpg; plus, the extra power should also allow you to make more use of the Kuga’s brilliant chassis setup.

If you’re someone that finds taller more attractive, then you’ll appreciate the raised driving position of the Toyota Yaris Cross SUV. Essentially a higher-riding, more rugged version of the Yaris supermini, the Yaris Cross offers all of the same benefits as well as the hybrid powertrain of the regular car, but in a much more fashionable SUV package.

Just like its smaller sibling, the Yaris Cross uses a 1.5-litre petrol-hybrid engine that produces a nippy 114bhp. The extra power from the electric motor should allow it to zip around town with ease and not struggle too much on the motorway. Yet, despite its SUV-inspired appearance, the Yaris Cross is only front-wheel-drive; this works in its favour, however, as it allows the Yaris to achieve 66.5mpg without breaking a sweat. Pair this with a reasonable starting price of around £22,000 and the Toyota is one of the best-value SUVs on sale.

The Kia Niro is available in two hybrid flavours: a regular hybrid that sees the petrol engine and small electric motor working in concert to propel the car efficiently; returning 60mpg. A more expensive plug-in version offers the possibility of significant electric range, and when combined with the petrol motor, achieves a claimed 200mpg. There is also a fully-electric model.

The plug-in model loses a small amount of boot space, but it is still larger than many smaller hatchbacks and you gain 40 miles of electric-only range. It’s also quicker than the standard hybrid model.

Overall the Niro offers low running costs and plenty of space, but it does get pricey as you move up the trim and powertrain options.

Toyota’s styling department is on a roll at the moment, with the latest Toyota Yaris sharing only badges with its predecessor. It’ll now attract buyers on its looks alone, rather than relying on the hybrid engine to steal sales from rivals. The new Yaris is exclusively offered as a hybrid but it’s no longer the only hybrid supermini, so Toyota couldn’t rest on its laurels.

Improvements in battery tech mean the Yaris can drive on electric power alone up to half the time at low speeds. As a result, Toyota claims up to 60mpg, which should help offset its slightly more expensive price compared to rivals. You won’t feel short-changed by the car’s refinement or comfort either, as both are impressive.

Want to skip hybrid technology altogether and go all-electric? Check out our list of the top 10 best electric cars