“The Hyundai Kona looks more exciting than the brand’s other cars, but delivers sensible, middling competence rather than excellence in any one area”

The Hyundai Kona is another entrant in the burgeoning small SUV class and goes up against numerous rivals, including the Nissan Juke, Renault Captur, Kia Stonic, Peugeot 2008, Citroen C3 Aircross, SEAT Arona and Ford Puma.

It’s a trait of cars in this class to look a little less conventional than their hatchback counterparts and the Kona follows this trend, with a design that’s funkier and slightly more eye-catching than more utilitarian Hyundai models we’re used to, such as the i20 supermini.

Best small crossovers and SUVs you can buy now

Two petrol engines are available, including a 118bhp 1.0-litre petrol that's the only engine available in four of the five trim levels on offer. It claims a combined economy of up to 45.6mpg with CO2 emissions of 146g/km. Those in search of more power can choose the rather expensive, range-topping Premium GT model that has a 175bhp 1.6-litre petrol engine. Naturally, performance improves significantly, but underwhelming fuel economy and a high price tag make it hard to recommend. From 2019, Hyundai discontinued diesel versions of the Kona, introducing a hybrid model to appeal to economy-focussed buyers, that we've reviewed separately. There's also an entirely zero-emissions all-electric Kona EV that's very attractive company-car tax rates will be key to the appeal of the, which we've reviewed separately. 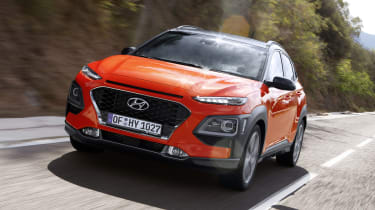 Most buyers looking at a Kona should consider the mid-range SE, PLAY and Premium trim levels. The SE specification adds key items like a seven-inch touchscreen infotainment system, with PLAY models getting upgraded 18-inch alloy wheels. Premium car’s boast some of the luxuries found on the range-topping model. Of the trio, the PLAY trim level represents better value because it comes with all of the equipment found on the SE model and gets standard metallic and pearl paint finish options. Some buyers may prefer the SE however, with its 17-inch alloy wheels which provide a smoother ride than the 18-inch versions on the higher trim level models.

Families will be pleased to learn the Kona has a five-star Euro NCAP safety rating. Not only is the car's structure strong in the event of a crash, but optional (and highly recommended) autonomous emergency braking reduces the likelihood of one happening in the first place. Factor in the Kona's strong five-year/unlimited-mileage warranty and the Kona looks like a safe place to put your money, as well as your family. 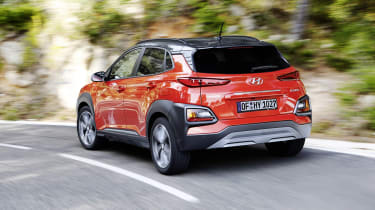 However, as sensible as it is, the Hyundai's performance does little to appeal to the heart. On the road, it's competent rather than invigorating to drive. It makes sense that Hyundai has engineered it this way, as most customers don’t want, let alone expect, sporty handling characteristics, but it's a shame it can't come close to matching the Citroen C3 Aircross for ride comfort, either. Perhaps the biggest disappointment, though, is a relatively small boot that rather handicaps practicality.

Its place in the middle of the pack is confirmed when you look elsewhere, with other cars in the class trumping or at least matching the Kona for interior design, quality and versatility, economy and value-for-money. 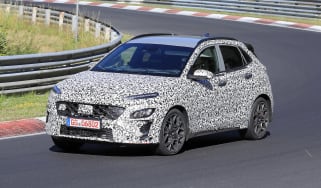 If you’re after a London Congestion Charge exempt car, our run-down picks 10 of the best
Hyundai Kona Hybrid SUV review 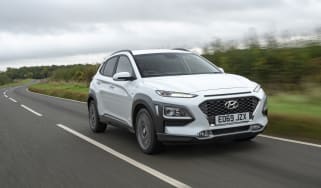 "Capable of over 50mpg, the Hyundai Kona Hybrid is the pick of the range if your budget doesn't stretch to the fully electric Kona"
2019 Hyundai Kona Play trim level revealed 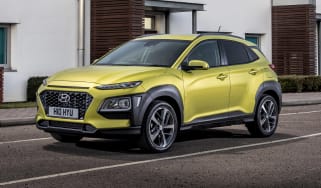 The Hyundai Kona Play starts from £18,355 and is available to order now
2020 Kia Soul EV prices and specs revealed 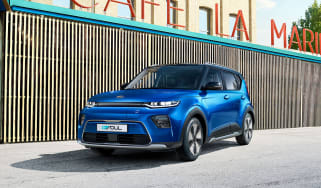 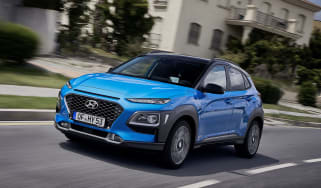 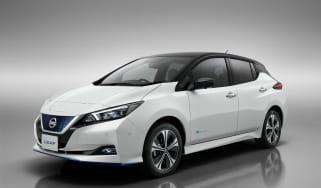 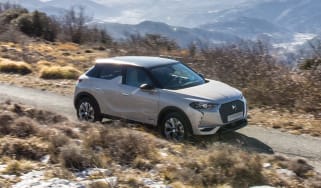 We've sampled a prototype Crossback E-Tense to gauge how it could stack up against the Nissan Leaf and Hyundai Kona Electric
Honda HR-V Sport 2019: price, specification and release date 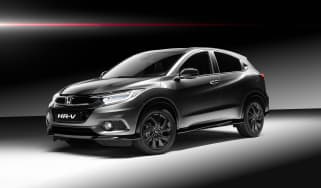 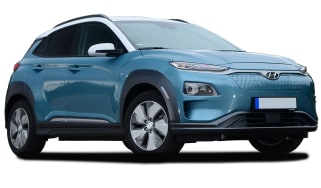 "The Hyundai Kona is a car transformed by the switch to electric power, making it a great choice for affordable family motoring"
New Hyundai Kona Iron Man Edition swoops in 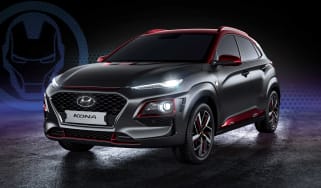 Just 300 examples of the superhero-inspired Kona will be available
Hyundai Ioniq Hybrid and Ioniq Plug-in 2019: prices, specification and release date 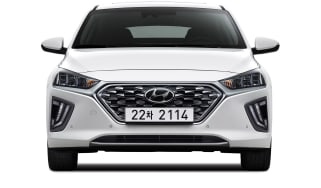 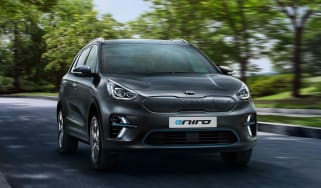 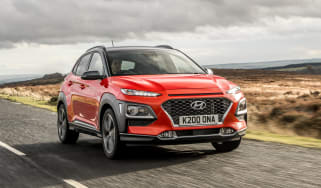 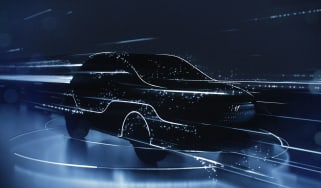 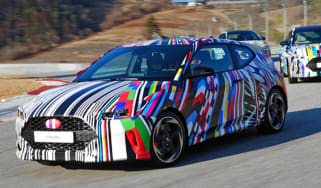 A comeback is on the cards for the Hyundai Veloster coupe, with teaser pictures showing three prototypes in action
Skip to ContentSkip to Footer