"The attractive MG ZS offers low-cost SUV practicality, but not much in the way of driving fun"

With compact SUVs now bigger business than ever, what better way for MG to increase its profile than to launch a rival to the Renault Captur, Nissan Juke and SEAT Arona? The MG ZS is a smaller understudy to the MG GS and uses a shortened version of that car's platform.

It's fair to say that, although many will recognise the history of the octagonal MG badge, the Chinese-owned brand has struggled for mainstream acceptance in recent years. With the ZS it hopes to firmly establish itself as a maker of cars with more to them than just a low sticker price. But is this family crossover truly cheerful as well as cheap? 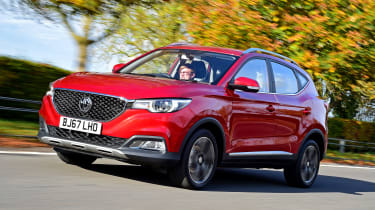 Externally, it's hard to overlook the similarity between the ZS' nose treatment and that of the Mazda CX-3, but this lack of originality isn't necessarily a bad thing. All too often car companies proceed too far down the road to wackiness; instead, the MG ZS is entirely contemporary, with strong hints of SEAT design from the rear three-quarters. It's derivative, perhaps, but certainly doesn't look like it came from the bargain basement.

Pleasingly, the interior marks considerable progress from earlier MG models, with an up-to-date look and sensible layout that incorporates all the features that crossover buyers expect. Cruise control and Bluetooth, for instance, are standard across the range, as are LED daytime running lights and tail-lights. The top-spec Exclusive model is quite lavishly equipped, but it's the price-leading Explore that throws the cat among the crossover pigeons with its modest £12,495 starting price.

This puts it among the very cheapest SUVs on the market, with only the Dacia Duster available for much less outlay. And, although the Explore does without some of the glitzier features of more grandly equipped models, it's at this end of the range that the ZS demonstrates just how far your money goes.

The turbocharged engine is the more expensive of the two, but we found it quiet and smooth, although it isn't the last word in fuel economy. Its automatic gearbox isn't especially responsive, either, so the 1.5-litre manual looks like a more sensible choice, unless you really need an automatic.

Performing better than the petrols, and with lower running costs, the electric MG ZS EV is arguably the most desirable version of MG's SUV, and we've reviewed it separately. 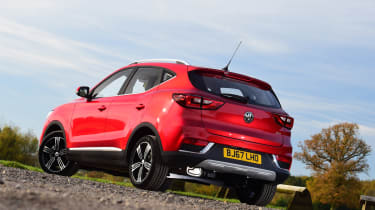 You're unlikely to be disappointed by the ZS when it comes to comfort. Although its smooth ride is achieved at the cost of razor-sharp handling, few will be concerned about this on a long motorway journey. Here, the quiet interior comes into its own, with plenty of space both inside and in the boot – the latter positively embarasses the Nissan Juke for luggage capacity.

So, practicality and comfort are certainly in the ZS' favour, while attractive pricing and inoffensive looks do nothing to weaken its case. Another notable strength is its seven-year/80,000-mile warranty, which almost matches that of the Kia Stonic and trumps the five-year (albeit unlimited-mileage) policy of the Hyundai Kona.

Euro NCAP has now put the ZS through its paces on safety and it scored a middling three out of five stars. But, indifferent fuel economy and safety aside, the ZS is the best all-round package in recent years to wear an MG badge. 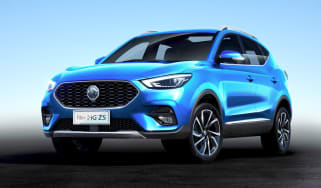 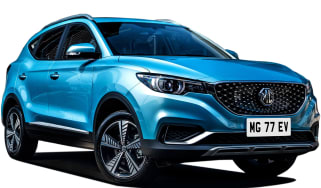 "The MG ZS EV could be a surprise hit thanks to its powerful motor, excellent practicality and bargain price"
All-new 2019 MG ZS EV: prices and specs 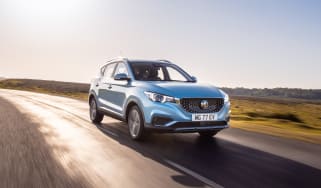 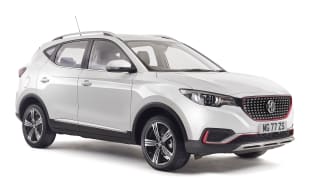 Only 400 examples of the special ZS compact SUV will be sold, each costing £14,995
Skip to ContentSkip to Footer