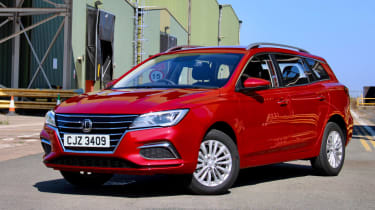 The all-new MG 5 EV family estate is now on sale in the UK, with prices starting from £24,495 after the plug-in car grant. The car is MG’s second electric model after the MG ZS EV.

Billed as a less expensive alternative to mainstream electric models like the Volkswagen ID.3 and Kia e-Niro, the MG 5 has a range of up to 214 miles on a charge, which increases to 276 miles in 'City' driving. According to MG, the 5 EV's powertrain has an efficiency of 3.6 miles/kWh. 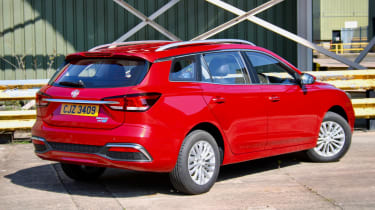 The MG 5 EV is a restyled version of the Roewe Ei5 estate that's currently sold in China. It uses a 52.5kWh battery and a 154bhp electric motor to drive the front wheels. Performance is brisk, with a 0-60mph time of just over eight seconds.

When using a 50kW rapid charging point, the MG 5’s battery can be topped up to around 80% in only 50 minutes. A home wallbox gives the car a full charge in around 8.5 hours. 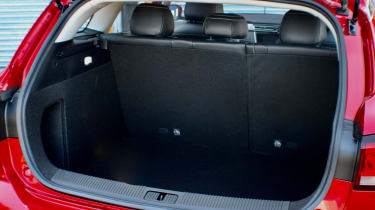 According to MG, placing the car’s battery in the floor helps to maximise interior space, and offers plenty of head and legroom for rear passengers, even when sitting behind a tall driver.

Boot space is an impressive 578 litres behind the rear seats, which is not far off the 581 litres of the Toyota Corolla Touring Sports hybrid. In the MG it extends to 1,456 litres with the seats folded down. 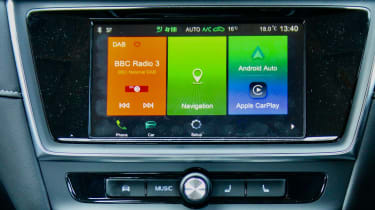 MG is also planning to launch a plug-in hybrid version of its HS SUV this year. Once it has three practical, family-orientated alternative fuel models, MG will likely concentrate on an electric two-door coupe with four-wheel drive. Previewed by the E-motion concept, this could act as a 'halo' vehicle for the brand, with a 0-62mph acceleration time of less than four seconds.

What it means for car buyers

The MG ZS EV has proved a hit for MG, becoming the UK's third highest selling EV in 2020. Not only has it undercut rivals on price, MG's Chinese parent company SAIC has provided a steady flow of batteries. Rivals such as Hyundai have struggled to meet demand and turned customers for its Kona Electric away as a result. If the MG 5 EV can also plug a gap in the market, it could see similar success as other manufacturers race to catch up.

Read our in-depth MG ZS EV review, along with our tests of the Volkswagen ID.3 and Skoda Octavia Estate. 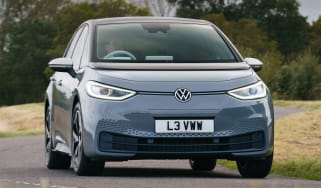 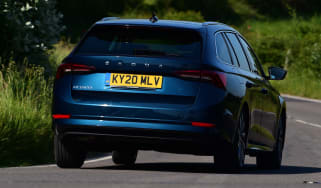